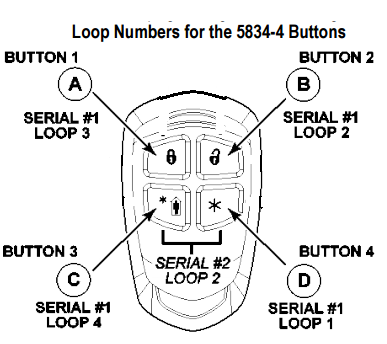 When using the 5834-4 as a 4 button key, each of the 4 buttons takes up a key zone in the panel. Refer to the figure above, Button 4 Ⓓ uses Serial # 1, Loop 1, Button 2 Ⓑ, uses Serial # 1, Loop 2, and so on. When using the 5834-4 as a 4 button key, only serial number 1 will be used. With all these numbers, knowing which button does what can become confusing! Hopefully, between the above screenshot and the one below, it will become less so. Below is what the key fob programming screen looks like in AlarmNet 360. Because the Lyric Gateway can only be programmed by the dealer through AlarmNet 360, the keyfob information, including model number, serial number, and what you would like each button to do, should be provided to the dealer. They will take care of the programming: 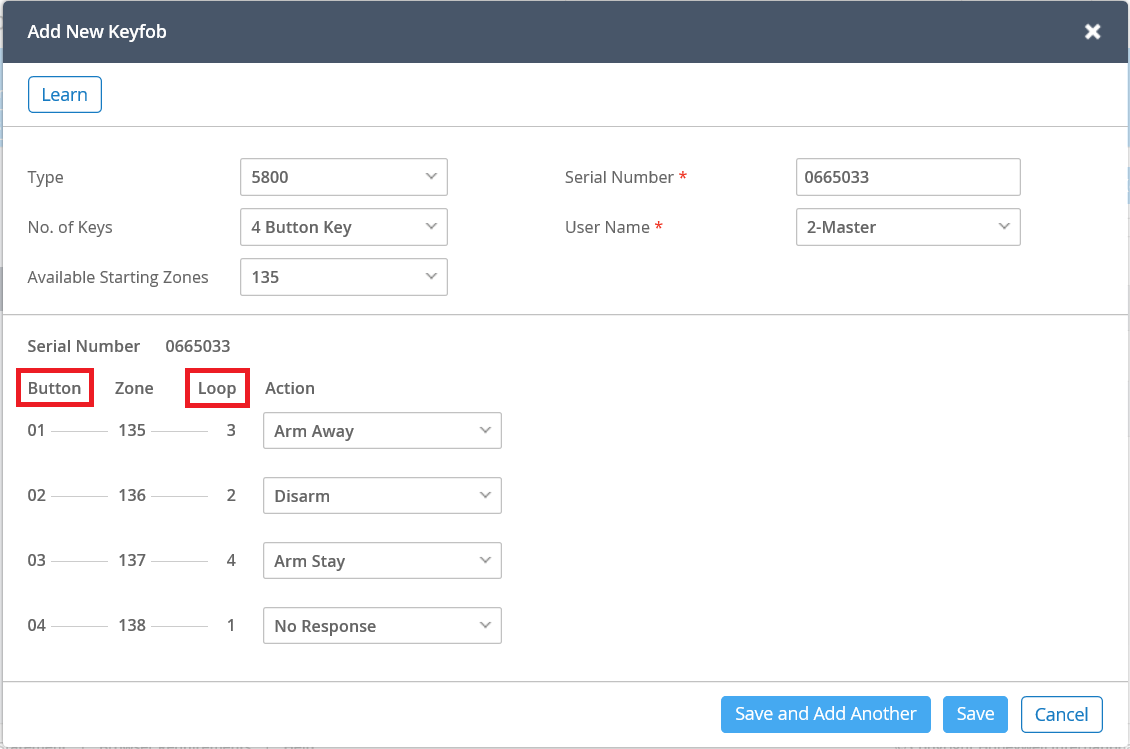 When using the 5834-4 as an 8 button key, a 2nd serial number, one digit higher than the first, is also employed. In this mode of operation, in addition to single button operation, pairs of buttons can be depressed together to send a transmission and cause a response, for example, when Button 1 Ⓐ, and Button 2 Ⓑ are pressed at the same time, they transmit with Serial # 2, Loop 1. Knowing this, you can program accordingly. This type of operation comes in handy when you want to use panic keys, but you want to be reasonably sure that you won’t set them off accidentally. By requiring the press of 2 buttons at once (for 2 seconds) you can do this. 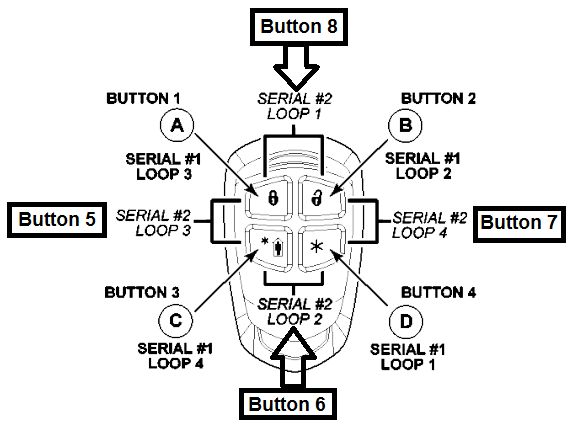 As you can see, in the screenshot below, when you tell AlarmNet 360 that an 8 Button Key is being used, once you enter the serial number shown on the 5834-4, AlarmNet 360 takes care of entering the 2nd serial number (which is always 1 digit higher than the first) and shows you the Button Number and Loop Number options for each. Because key fobs must always be associated to a user code before they will be able to arm and disarm, a user must be selected here. When being used as an 8 Button Key, all zones will be logged to the same user when arming/disarming. 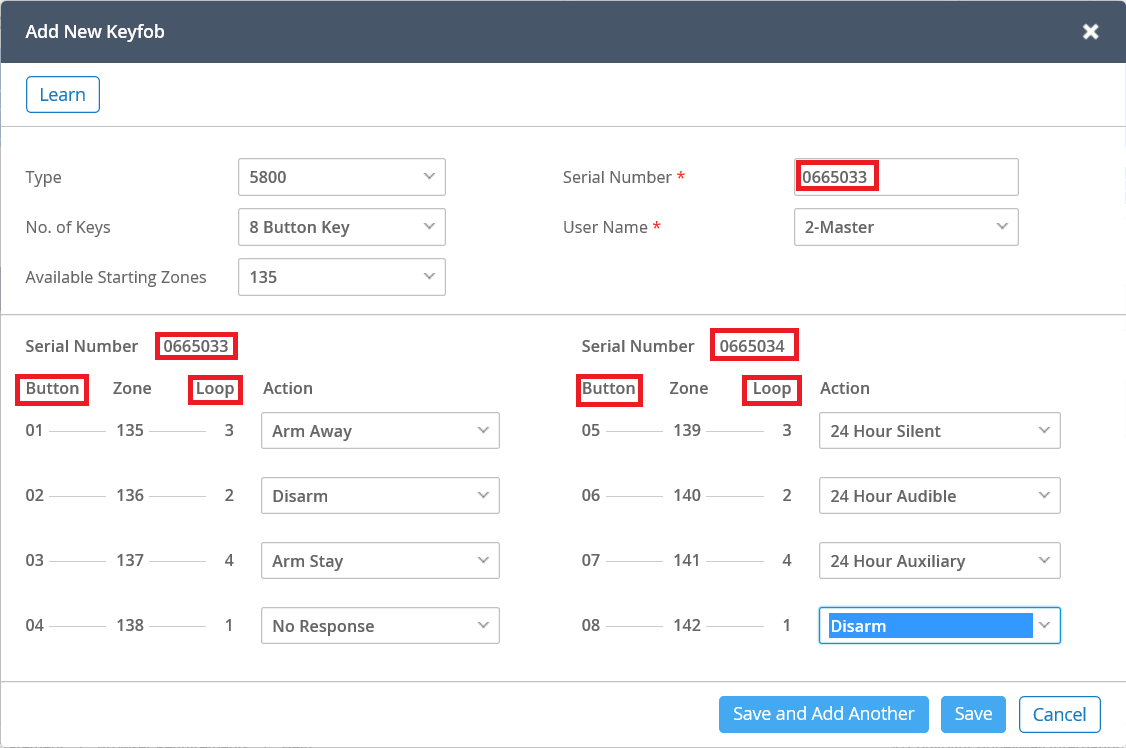 If the 5834-4 is in High Security Mode (the LED at the top flashes Red instead of Green when transmitting), once programming has been completed, both Serial Numbers must be synced with the panel before the fob will work. To do this, put the Lyric Gateway into Go-No-Go test mode. Once in Test Mode, press the A, B, and C buttons simultaneously until you hear the panel give 2 rapid beeps. This syncs the first serial number. To sync the 2nd serial number, while still in Go-No-Go test mode, hold down the A, B, and D buttons until you hear the same 2 rapid beeps. Once all fobs have been synced with the panel, you can exit Go-No-Go test mode.