How Do I Add a Second Battery to My VISTA P-Series Panel?

You can add a second battery to your VISTA P-Series Panel by using an Ademco SA5140-1 Battery Harness Kit. This battery harness is actually built with the VISTA TURBO Series Panels in mind. But you can make some DIY adjustments to make it compatible with a VISTA P-Series Alarm System. 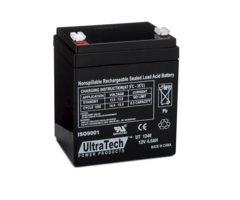 The backup battery is what keeps a Honeywell VISTA System running during a power outage. It is also used to power the bell output needed to activate a siren during an alarm. Most users of a Honeywell VISTA P-Series Panel will only need one (1) backup battery. One of the most common to use is the UltraTech 1240. If the system has a high current draw, the user might need to get a more powerful battery like the UltraTech 1270. This will work fine for the majority of system users.

However, there are some instances where a user might need to add a second backup battery. This could be because the system has a very high current draw. Another possibility is that the user wants their system to be able to stay powered on for an extended period of time during an electrical outage. Although adding a second battery requires some out-of-the-box thinking, it is certainly possible.

The problem when trying to add a second battery to a VISTA P-Series Panel lies in the fact that the panel battery connectors are hardwired to the circuit board. They cannot be easily removed, and they only have the connections needed for a single backup battery. You need a battery harness kit to make the system capable of supporting a second backup battery. At one point, Honeywell/Ademco had a battery harness specifically designed for the VISTA P-Series Panels. Unfortunately, this product has been discontinued.

You can see the hardwired battery connectors on a VISTA P-Series Panel in the following picture: 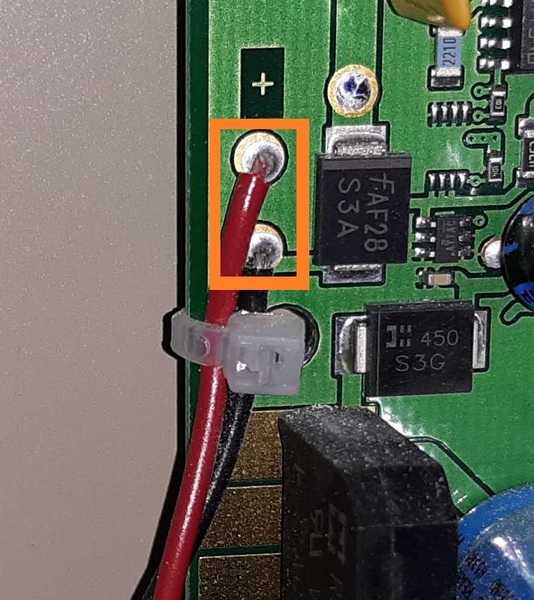 Since the add-on battery harness for the VISTA P-Series Panels has been discontinued, you will have to make do with an Ademco SA5140-1 Battery Harness instead. The problem with using the SA5140-1 is that it is designed for the VISTA TURBO Series Panels. These panels don't have the battery connectors hardwired to the board. You can easily connect the SA5140-1 to the system and then connect two (2) backup batteries. 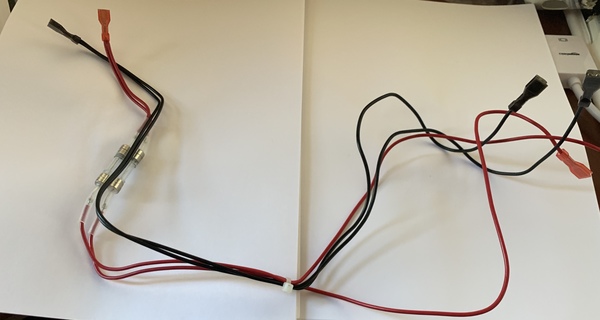 You will then complete the same process with the two (2) small wires leading from the single red connector on the SA5140-1 and the single red connector wire from the panel. Again, you will be splicing three (3) wires in total. This includes two wires from the SA5140-1, and one wire leading from the panel. Carefully cut the wires, strip them, splice them with a soldering tool, and insulate them with electrical tape.

2. Connect the first battery. You can now connect the ends from the SA5140-1 to the backup batteries. Take the first battery that you plan to add. You will complete the connection using one (1) black connector and one (1) red connector. The battery should have male spade connectors where you can connect the female connectors from the leads. Black will go to negative (-), and red will go to positive (+). The battery tabs may be color-coded. If that is the case, you can just match the colors. Black will go to black, and red will go to red.

3. Connect the second battery. You can now connect the remaining ends from the SA5140-1 to the second backup battery. This is basically the same as the first battery. Black goes to negative (-), and red goes to positive (+). If the battery tabs are color-coded, then just match the colors.

4. Confirm success. Make sure that your system recognizes the batteries. There should not be a low battery trouble on the system. If there is, then you can try to clear it with a double disarm. Enter the following command on your push-button keypad to clear the trouble: