Yes, Honeywell is compatible with ADEMCO. The names Honeywell and ADEMCO refer to the exact same company. You may occasionally come across old wired sensors branded as ADEMCO. They have the same compatibilities as wired Honeywell Sensors, and they will work with compatible Honeywell Panels.

The name ADEMCO stands for Alarm Device Manufacturing Company. This was the original name of Honeywell, which later became Resideo in 2018. Today, most users and installers will refer to current products as Resideo, Honeywell Home, or just Honeywell. If you hear someone calling these products by the ADEMCO name, then it is likely that they have been involved in the security industry for quite some time.

Prior to 2000, ADEMCO was owned by Pittway. Products offered by the company during this time were sold under the ADEMCO and Pittway banners. Honeywell had nothing to do with this company. You can even see the Pittway nameplate on the since-discontinued Honeywell 1321 AC Transformer. Look very closely in the following picture. 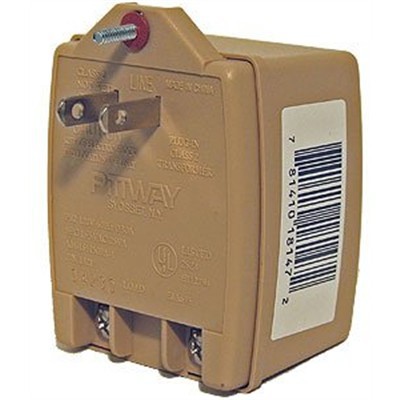 As for Honeywell, they were a totally separate corporate conglomerate that was known mostly for their heating and cooling products and their aerospace technology. Their security products were almost non-existent. Honeywell had dipped their feet into the security industry before, but with very limited success. The alarm panels sold under their name during this time were manufactured by other companies, and they were generally not well received.

Seeking to overhaul this struggling sector of their company, Honeywell took over Pittway in the year 2000, likely citing ADEMCO's tremendous success in the industry. After the corporate conglomerate had acquired Pittway and ADEMCO, nearly all of the ADEMCO products became Honeywell. This included the very popular Honeywell VISTA Series Panels, which were originally known as the ADEMCO VISTA Series Panels. Another example can be found in the old ADEMCO 5700 Series Sensors, which used DIP switches to set the House ID.

But hardwired security equipment is a different story. There are many examples of panels, wired sensors, and other accessories that were sold under the ADEMCO and Pittway names. You may certainly come across this equipment from time to time. As this equipment is quite old, it probably won't be brand-new. But used models are relatively common. And if the equipment is still in working order, then you can certainly use it with compatible Honeywell and Resideo equipment. For example, an ADEMCO or Pittway Sensor will usually work with a Honeywell VISTA System. The only thing that changed when Honeywell took over Pittway was the name, not the compatibility.

If you are interested in learning more about the history of Honeywell and ADEMCO, we recommend checking out this FAQ that we released earlier. Remember that as of late 2018, the company is now known as Resideo. There is an agreement in place for Resideo to continue using the Honeywell namesake for quite some time. Resideo brands most of its products as Honeywell Home to differentiate from its professional equipment that is designed for use in commercial and industrial settings.