Can I Create a Scene to Run Based on a Key Fob Button Press?

Yes, you can create a scene to run based on a key fob button press. The key fob input must be recognized as a unique system zone. You will need to create a rule that tells the smart scene to activate when that zone is faulted. You will need a separate scene and rule to deactivate the scene.

A scene is an automation that tells a number of different devices to respond in a predetermined manner. These devices can include Z-Wave smart home devices and the alarm system itself. A rule tells a scene to activate when a certain event occurs. For example, a rule might instruct a scene to activate at a certain time or when a certain system zone is faulted. If the panel views a key fob input as a zone fault, then that button can activate a rule to activate a Z-Wave scene. Please note that each input (fault) can only be assigned to one rule. In other words, you can't have the same key fob input command both activate and deactivate a scene or Z-Wave device.

However, not every panel enrolls key fobs inputs as individual zones. Many panels group every key fob input together, and they make it impossible to separate each input into unique zones. These panels will also not allow key fob inputs to cause a fault to an individual zone, even if they are programmed in that manner. So in practice, triggering a scene for a key fob input will only work for certain systems.

From our testing, the Honeywell Lyric Controller and Honeywell LYNX Touch Systems will allow users to run smart scenes with a key fob input. However, this is not possible on a 2GIG System, like a 2GIG Go!Control or a 2GIG GC3. Remember, the key fob input must be seen as a distinct system zone. The user must also be able to create a rule that tells the scene to activate when that key fob zone is faulted (e.g. the key fob button is pressed).

In our case, the scenes we will be using are titled "Lock" and "Unlock". We will be using a Honeywell L5210 as the panel and a Honeywell 5834-4 as the key fob. The process should be similar for other wireless Honeywell Panels and key fobs as well. If you are using different equipment, make sure to refer to their respective manuals for further information.

In our example, we are using the key fob to control a lock. As such, we will need to create two separate rules. One will be used for locking, and the other will be used for unlocking. Complete the following steps to set up a scene to activate with a key fob button press on a Honeywell L5210 using a Honeywell 5834-4:

Next, you will need to decide which key fob button you want to use to trigger the scene. Assuming you have the Key Type set as 4 Button, you will have "Button Key 1", "Button Key 2", "Button Key 3" and "Button Key 4". Note that each Button Key is also associated with a particular Zone Number. When you press and hold the associated key fob button, that associated system zone will fault. Any Button Key that you want to use for triggering a scene should be set to "No Response". The No Response option is perfect, as it will not have the system take any other action than triggering the smart scene. It is very important to remember the exact Zone Number associated with the button key that you set to No Response. 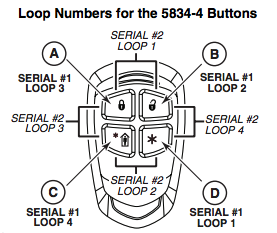 For out demonstration, we set each Button Key to No Response. The screen will look like this: 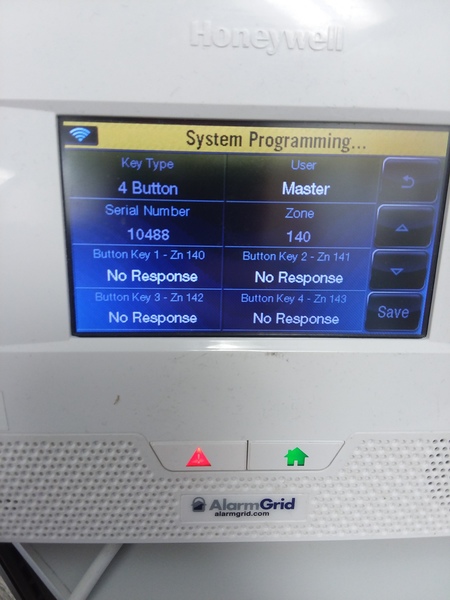 Once you have finished making the selections, press Save when you have finished making the selections. Make absolutely sure to do this, or else your changes will be lost. You can then return to the main screen by repeatedly pressing the return arrow in the upper-right corner. Choose "Yes" when asked if you want to allow the Installer to re-enter programming. Then press the green picture of the house on the front of the panel to return to the home screen.

2. Create the lock rule. Since we are programming a key fob input for a lock, we must create separate rules for locking and unlocking. First will create the rule for locking.

Choose Automation > Down Arrow > Rules > Add New. Then go through each setting to create the rule. Choose a Name for the rule, perhaps "Lock". For Type, choose "Scene". For Scene, choose the name of the scene that causes the device to lock. For Action, choose Run Scene. For Zone Type Fault, choose "No Response". Leave Zone Type Restore and both System Operations set at "Not Used". 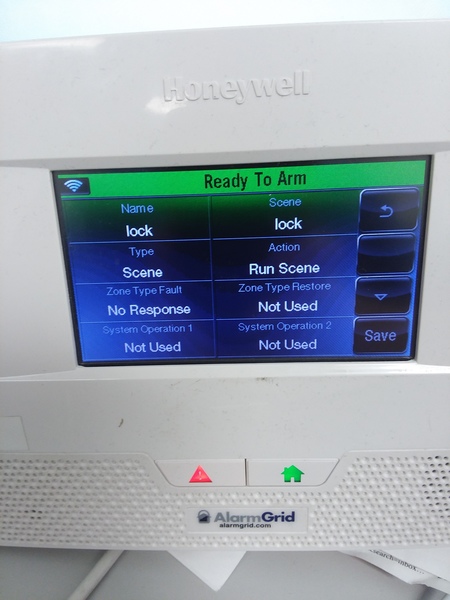 Next, press the down arrow on the right. You will be taken to the next screen. For Zone Number Operation, choose "Fault". For First Start Zone, choose the zone number that you set as the "No Response" Button Key. In our example, we will be using Zone 142. Then make the same selection for First Stop Zone. You can leave every other option to "Disabled". Then press "Save" in the lower-right corner to save your changes. 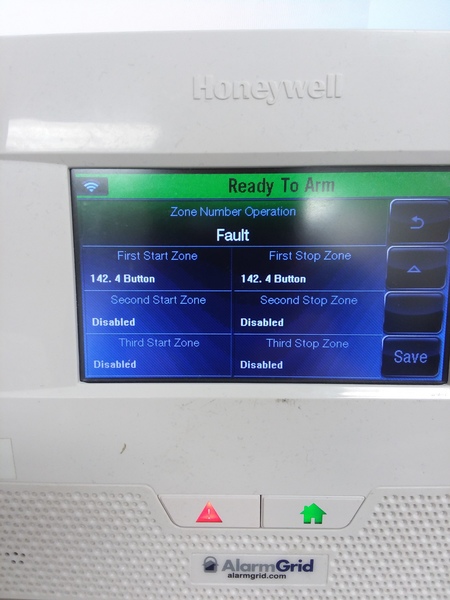 3. Create the unlock rule. We will now create the rule for unlocking. Creating the unlock rule is basically the same as the lock rule. The only differences are that you might give it a different name, perhaps "Unlock", and you will choose the Scene associated with unlocking the door. Then on the second page, for First Start Zone and First Stop Zone, you will choose a separate "No Response" Button Key. In our example, we will be using Zone 143. Remember, this must be a different key fob zone than what you used for the lock rule in Step 2. Press the "Save" button in the lower-right corner once you have finished. 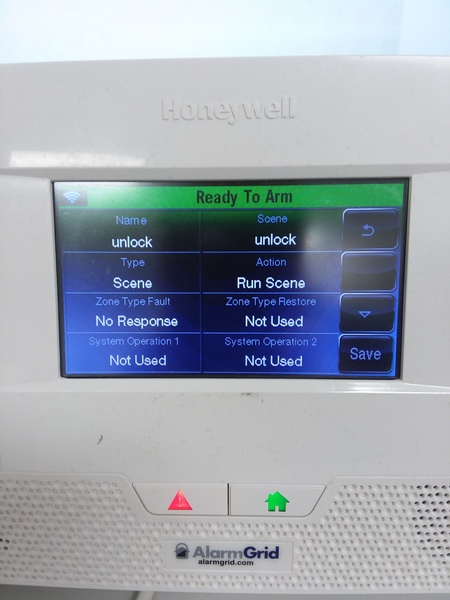 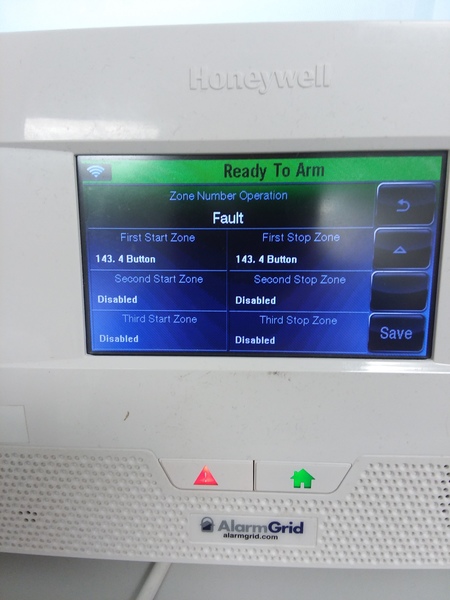 4. Exit and test. You will now want to test the key fob and rule, regardless of what type of rule you created. In our case, we will be the lock and unlock rules we established. Press the return arrow in the upper-right until you return to main screen. Then try using the key fob to lock the door lock. Make sure the command goes through and the device locks. Then wait a few moments and try using the key fob to unlock the lock. Make sure the command goes through successfully and the device locks. If you can lock and unlock the lock using the key fob, then the rule is successful.