How Do I Check Zone Faults On a Tuxedo Touch Keypad?

You can check Zone Faults on a Tuxedo Touch Keypad by choosing Security, followed by Faulted Zones. You will be taken to a screen where all faulted zones will be displayed. This screen can also be used to conveniently bypass the faulted zones so that the security system can be armed.

The Honeywell Tuxedo Touch operates as a touchscreen keypad controller for a Honeywell VISTA System. It is not an actual security system, but it does serve as the controller for a VISTA System. As such, it will display current system status, including any zone faults. When there are no faulted zones on the system, a green "Ready To Arm" bar will be displayed across the top of the screen. But when there is at least one faulted zone, a yellow "Not Ready Fault" message will be displayed instead. This can be seen in the picture below. 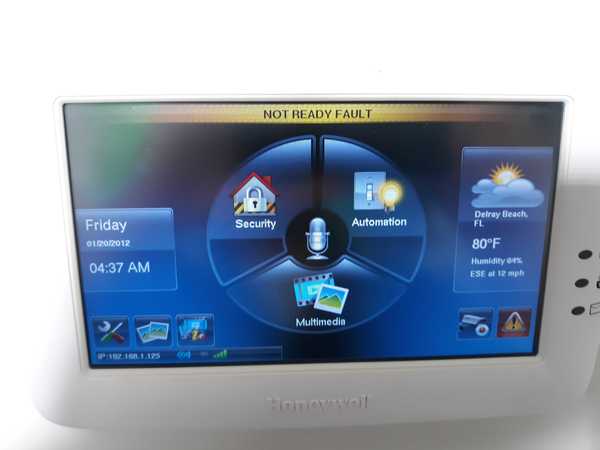 However, if you want to view which specific zones are faulted, you must access the Faulted Zones Menu. That can be accomplished by completing the following steps: 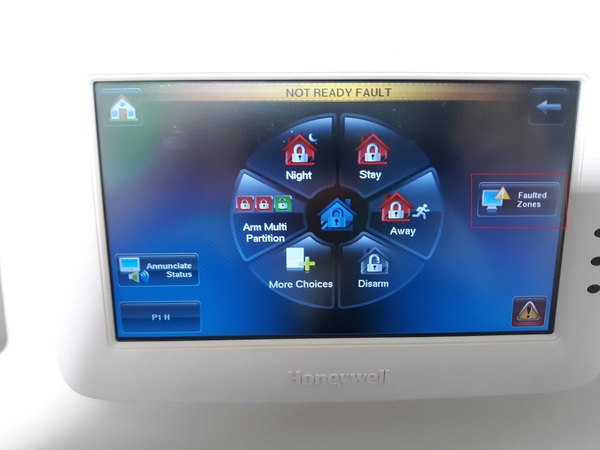 2. Check the faulted zones. The screen will display any faulted zones on the system. In our example below, you can see that Zone 9 is currently faulted. This is also a good menu to access if you want to bypass faulted zones so that you can arm your system. The system will know to ignore any bypass zones while it is armed. 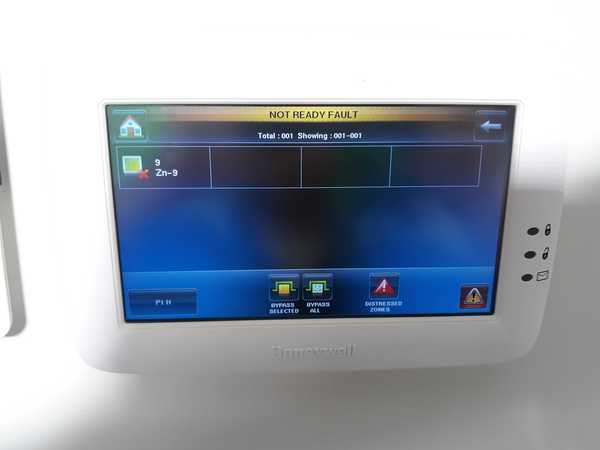 3. Return to home screen. After reviewing your faulted sensors and bypassing any zones (if necessary), return to the home screen by pressing the picture of the house in the upper-left corner. Remember, the system will display a green "Ready To Arm" message after all the faulted zones have been restored.