How Do I Reset the Installer Code On a 2GIG Edge Security System? 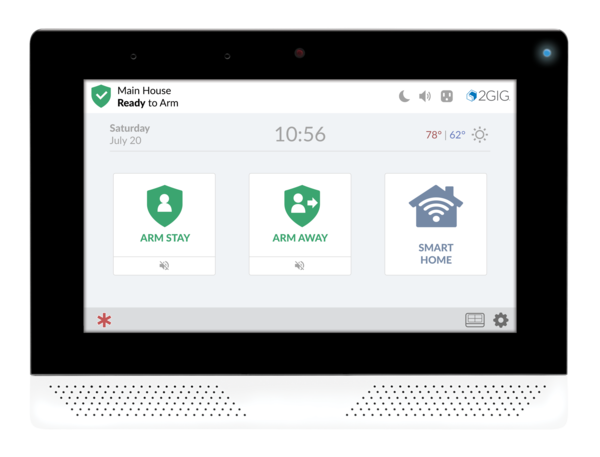 The other thing to keep in mind with the 2GIG Edge Installer Code is that it is not eligible to be used with the system's facial recognition feature. In other words, you cannot associate the Installer Code with a facial profile and have the Edge Camera scan your face in place of entering the Installer Code. This differs from the Master Code and regular user codes, which can be easily associated with your personal biometric facial profile so that the system scans your face and accepts that as validation, instead of requiring you to manually enter a code. This means that whenever you go to enter into advanced, deep level programming via the Installer Code, you will be required to manually enter the code for access. You won't be able to get into the Installer Toolbox via facial recognition. Given that the Installer Code is very rarely used after the initial system setup, it's not surprising that 2GIG opted for this design choice.

Like we mentioned earlier, if you haven't changed the system's Installer Code away from 1561, then we strongly advise just leaving it at the default and not making any changes. But if you did change the Installer Code, and you want to change it back to 1561, then there are two (2) ways to do so. The code can be manually changed to 1561, or you can perform a factory default of the Users Setting to have the code automatically reset back to 1561. But don't forget that if you perform the factory default of the Users Setting, then you will also be resetting the Master Code back to its default of 1111 AND you will also be deleting any additional user codes from the panel. If your system has many users, you are probably best off just manually changing the Installer Code back to 1561. Nonetheless, we will cover both processes in this FAQ.

2. Change Code to 1561. Once you are in System Configuration, you will see an option on the left-hand side titled Q101 Enter Installer Code, with the current Installer Code displayed. Click on that option. Then enter 1561 in the keypad that appears on the right-hand side. This will set the Installer Code to 1561. The 2GIG Edge will not provide any indication that you have successfully made the change. It will just automatically save whatever code you set in the Q101 Programming Field, so be sure that you don't make a typo! 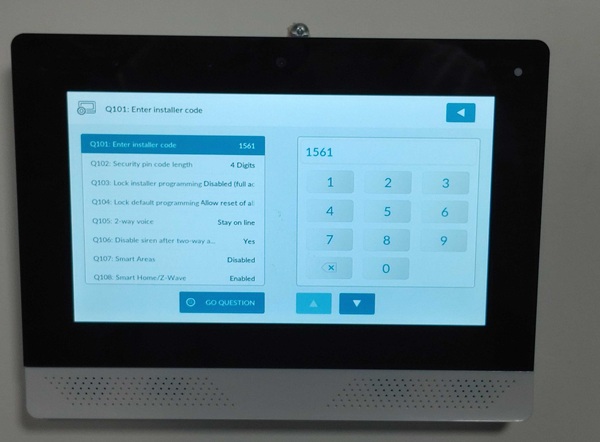 3. Return to home screen. After setting the Installer Code to 1561, you can return home by repeatedly pressing the Return Arrow in the upper-right corner.

2. Select Users. In the Restore Defaults Menu, find the option for Users. Make sure that this option is enabled for defaulting by toggling it green. This is telling the system that you want to reset the Installer Code and Master Code back to their respective defaults, as well as clearing all added user codes. All other options (e.g. Sensors & Zones, Console, etc.) are optional for this task, and they can be enabled or disabled before the default as you see fit. Only Users has to be enabled and toggled green. 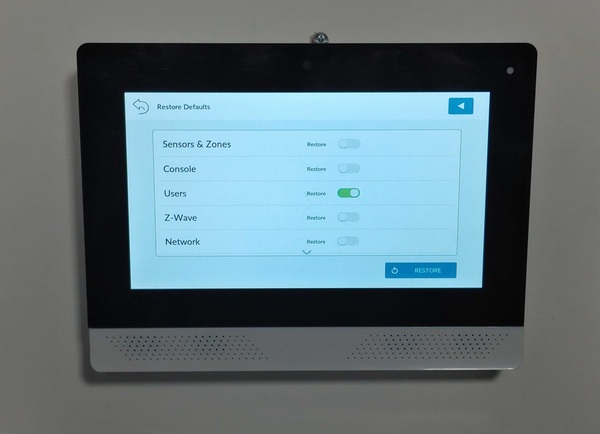 3. Perform the default. With the Users option toggled green, press the Restore button in the bottom-right corner. Then press the red button on the right to confirm that you want to perform the default. The default will be performed. When you are finished, you can return home by repeatedly pressing the Return Arrow in the upper-right.