How Do I Exclude My Yale Z-Wave Lock From My Honeywell Lyric?

Exclude the Yale Z-Wave Door Lock from the Lyric Controller 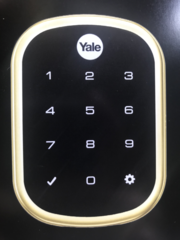 Yale Z-Wave Locks can be paired with pretty much any Z-Wave controller, including the Honeywell Lyric Alarm System. These devices can only be paired with one Z-Wave hub at any given time. If you want to us your lock with a different Z-Wave controller, then you must clear it from the network. Yale Z-Wave Locks are very smart, and they know whether or not they are paired with a network. You can normally only exclude a Yale Lock if it is already paired with a network. If, after attempting to exclude the lock you are still experiencing issues, you might try performing a factory default for the lock.

Complete the following steps to exclude a Yale Z-Wave Lock from a Honeywell Lyric Controller:

1. Access Lyric exclusion mode. Start from the main screen of the Lyric. Choose Automation, followed by the down arrow, then Tools, then Exclude Devices. This will put the Lyric into an exclusion mode where you can exclude devices from the network.

2. Exclude the lock. Turn your attention to the Yale Lock. Press the touchpad to get the numbers to appear. You may need to press it a few times before the numbers show up. Once the numbers appear, enter the Master Pin that you set when first setting up the lock. Then press the Gear Icon in the bottom right. Next, press the 7 key. The digit 3 should appear indicating that the lock is in its exclusion mode. If you see the 1 key instead, then the lock is in its pairing mode, as it has not yet been paired with a network. Assuming that you see a 3, press the Gear Icon again to confirm. The lock should then appear on the Lyric screen, indicating that it has been cleared from the network. 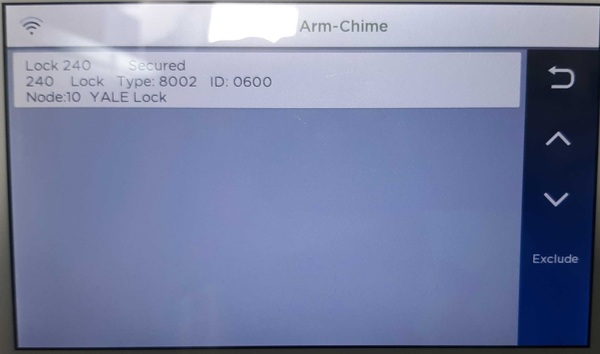 If either the Lyric or the Lock exit their respective exclusion modes prematurely, you can simply press Exclude on the Lyric and/or the Gear Icon on the lock. This will put them back into their exclusion modes so that the process can be completed.

3. Return to home screen. Once you have successfully cleared the Yale Lock from the Lyric System, you can repeatedly press the return arrow in the upper-right corner of the Lyric until you are taken back to the home screen.

Note: For some Yale Lock models, the # key is used instead of the Gear Icon.