What Sensors Work With a 2GIG GC3e? 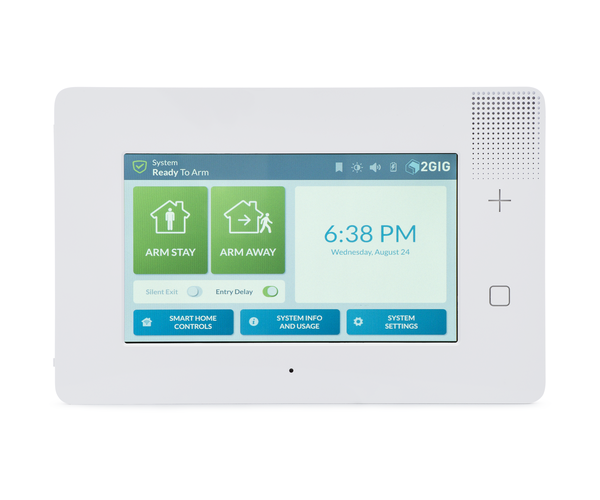 The biggest reason to use a 2GIG GC3e System is so that you can take advantage of the encrypted wireless sensors from 2GIG. These sensor utilize encryption in all their wireless communication for enhanced security. This helps prevent wireless hacking and takeover attempts that could disable less secure wireless sensors.

There are also non-encrypted sensors that can be used with the 2GIG GC3e Security System. The system can support most legacy 345 MHz sensors. These are relatively simple, uni-directional devices that do not offer the same level of security as the 2GIG Encrypted Sensors. However, these are still nice sensors to use for basic functionality.

The 2GIG GC3e is backwards compatible with the 2GIG 345 MHz Sensors, which were originally designed for older 2GIG Systems. Similarly, the system can also support the legacy 345 MHz sensors from the Honeywell 5800 Series. Note that only the uni-directional "one-way" 5800 Series Sensors can be used with the 2GIG GC3e. The Honeywell 5800 Sensor lineup is quite diverse, so you should have a good selection of compatible devices by checking them out.

The great thing about the GC3e being able to support legacy 345 MHz sensors is that it becomes very straightforward and easy for users to upgrade to a 2GIG GC3e System if they are replacing an older 345 MHz panel. You can bring virtually all of these sensors over to the new system. This will save you money by not requiring you to buy all-new sensors for the system.