To wire and program the Winland EA200 or EA400, first make all wiring connections. Be sure to connect power last. Once the unit has power, enter programming and configure settings for each temp input. Connect each output to a zone on the alarm. Program each zone for the proper response. 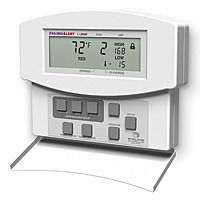 The Winland EA400 does not have a built-in sensor. Instead, it can use up to four (4) separate remote probes. Each remote probe will correspond to a Zone Number. Remote Probe Input 1 will be tied to Zone Output 1. Remote Probe Input 2 will be tied to Zone Output 2, and so on. Though the capabilities of these two sensors are quite different, the way in which they are programmed is nearly identical. In addition to the fact that there is an EA200 and an EA400, there is also a 12-Volt DC and a 24-Volt DC version of each of these. We have both versions of each sensor available on the Alarm Grid website at the links listed above. The only difference between the 12V and 24V versions is the input power requirements for each, and the fact that the 24-Volt versions do not support the humidity sensing probe. You can see the full specifications for the EA200 here, and for the EA400 here.

There are a number of Remote Probes that can be used with either the EA200 or the EA400. Some of the most commonly used options are listed below:

The instructions that follow will assume that we are using the TEMP-L-W probe to monitor low-temperature water in a swimming pool. A combination of the Winland EA200 or EA400 with various probes can be used in a number of different applications.

The examples shown here are of the EA200-12, but the principles will be the same for any of the available versions: 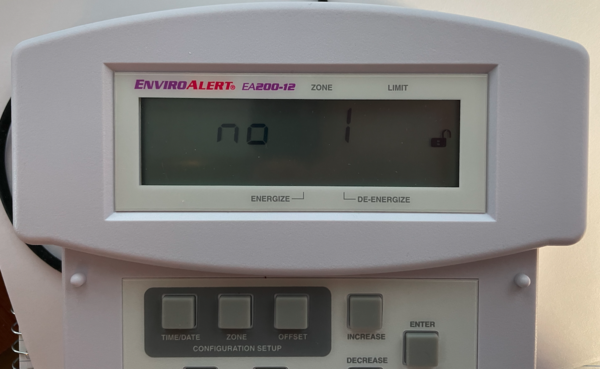 Some notes about our experience setting this up:

The probe wires come pre-stripped, but the amount of wire stripped is minuscule. Be prepared to strip them yourself with a slightly longer bit of exposed wire.

Be careful when pulling the front and back of the plastic apart, particularly at the top, they seem to break easily. The good news, one of ours broke slightly, but the cover still stays on snugly.

If you want to monitor both high-temperature and low-temperature, and you don't need to be able to tell the difference between them, you could still use the EA200 and the single probe we mentioned above can monitor for both conditions. The problem is not with the probe, but with the single output capability per probe.

Any of the available probes can be used, as long as the probe selected covers the temperature range you wish to monitor for. Each temperature probe can monitor for both high-temperature and low-temperature, but again, each probe will only tie to a single output on the EA200 or EA400.

We show this setup for a wired VISTA panel because it's much easier to power the EA200-12 that way, but you could easily set this up with one of the wireless all-in-one panels using a power supply a battery, and a transformer. We have created guides for the PROA7PLUS, the Qolsys IQ Panel 2 Plus, and the Honeywell Lyric that explain how to do this. 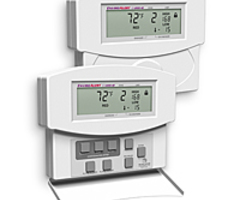 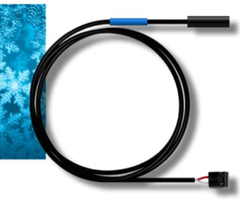 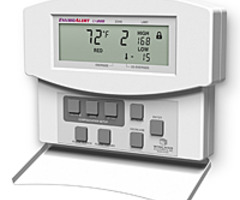