How Does a Honeywell Wireless Transceiver Work? 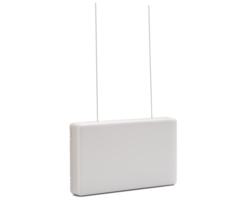 However, there are some wireless system add-ons that need to receive signals from the panel, in addition to sending signals to it. In order to support these devices, the system needs a transceiver, as opposed to a traditional receiver. There are only a few examples of when this comes into play. Wireless system keypads need to display the current status of the system at all times. This requires that the panel is able to transmit wireless signals to the keypad. This will let it know whenever system has been armed or disarmed. Likewise, the system must also be able to receive signals from the keypad, in case a user uses the keypad to arm or disarm the system. Another example of a device that warrants the use of a transceiver is a wireless siren. These devices need to receive wireless signals from the system so that they know when to activate. Then they must be able to receive a follow-up signal from the panel when the system is disarmed so that they know when to stop sounding.

But the Honeywell LYNX Touch Systems all have integrated 345 MHz wireless transceivers for supporting the aforementioned devices. This gives these systems the ability to support bi-directional communication with devices using the 'House ID' protocol. As for the Honeywell VISTA Panels, they do not come with a wireless transceiver or receiver of any kind. Instead, one will need to be added separately. The Honeywell 6160RF and 6150RF are both compatible wired keypads that each include their own integrated 345 MHz wireless transceiver for this purpose. If the system already has a keypad, they can add a Honeywell 5883H Wireless Transceiver Module for this purpose. Additionally, if a user only needs a wireless receiver for the system, they can add a Honeywell 5881ENH instead. The Honeywell 5881ENM, which supports up to 16 wireless zones and 5881ENL, which supports up to 8 zones, are also wireless receiver options for these panels.