You can buy a Honeywell L3000 from the Alarm Grid website. But we generally try to steer users away from this panel. This panel is quite limited in its functionality, even for basic use. It does not offer any real advantages of over systems. We have much better panels to choose from. 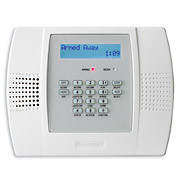 For many people, buying a security system is an important investment. After all, a user will typically want their system to last many years. Although choosing the newest and most-advanced option isn't always the solution, a user will at least want a system that can keep up with basic features and functions. The Honeywell L3000 is relatively outdated by today's standards, and it cannot be easily upgraded. That is why we don't recommend buying this system.

As a system, the L3000 can support up to 40 wireless zones and 8 total codes. While this is fine for many users, the system is sorely lacking in terms of smart home automation. It cannot support Z-Wave devices, and there is no compatible WIFI module. There were recently LTE communicators released for the system (an AT&T LTE Version and a Verizon LTE Version), but even these are more intended for users upgrading existing L3000 Systems. These communicators make it possible for the L3000 System to work with Total Connect 2.0. But remote automation functionality from TC2 will be impossible, as the L3000 does not support these features.

Since the only way to get an L3000 working with Total Connect 2.0 is with a cellular connection, a Gold-Level Plan or higher will be needed to get any real functionality out of the system. While it can technically be used with phone line monitoring, this is strongly discouraged due to the poor reliability and speeds of phone line connectivity. Users will also be disappointed in the lack of a touchscreen, as the L3000 is strictly a push-button system. This makes daily use and system programming more difficult.

If you're in the market for a new system, there are much better options available. Most notably, there's the Honeywell Lyric Controller. This system comes both WIFI and Z-Wave-ready, and it HomeKit compatible. It can also be upgraded to use dual-path communication with a cellular communication module upgrade. If a user doesn't require a system this advanced, a Honeywell L5210 is also a great option. It requires upgrades to use WIFI, cellular and Z-Wave, but it least these options are available.

Unlike the L3000, the Honeywell Lyric Controller and the Honeywell LYNX Touch Systems have touchscreen controllers. This makes them much easier to setup for DIY users. They can also use the same 345 MHz wireless sensors as the L3000, so a user won't have to worry about that possible concern. Overall, these are much better systems for anyone who is in the market for a new system.