A Tribute to Our Writer, Michael Goris, We Will Miss You

This post is late. It should have been written a week and a half ago. 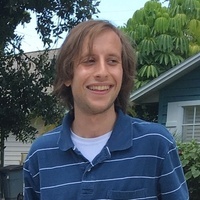 A week and a half ago, on a Saturday afternoon, Alarm Grid lost one of its youngest, most vibrant employees. For many years Michael Goris has been Alarm Grid's prolific content writer. He is responsible for thousands and thousands of articles, words, FAQs, and more. Sadly, on August 07, 2021, Michael passed away at the age of 28.

I have been thinking for the last week what there is to say about Michael. This blog has thousands of visitors each month. And this site has hundreds of thousands. Michael's writings will never be found bound in a book. He'll never get around to that novel he told me he wanted to write. But here on this site, thousands of words were spilled.

There may be, literally, no person on earth who wrote more content about alarm equipment. To give you an idea, Tolstoy's War and Peace contains 587,287 words. Michael wrote more than 3 times that amount about home security equipment.

The industry has lots to thank him for. While many of the people that come to this site are homeowners working to save money on their alarm system, we know that many of you are installers. If you are one of the many installers that have been benefited by any of Michael's writings today or in the future, he has touched your life in a small way. If you are a homeowner, it is our team along with Michael's writings that have kept you and your family's security system in working order.

We will greatly miss Michael as a business. But more than that, Michael was an affable, happy 28 year old whom many of us considered a personal friend. Michael was a quirky man who surprised us at every turn. He loved Pokemon, and would battle opponents online at his desk. He would regularly give me updates on his world rankings as a player. Apparently he was very good. He loved esoteric music that I've never heard, and am not even sure I can describe. I think he liked anime generally, but never really talked about it. He loved his family. Whenever he would discuss things with us that were troubling him at work, he would come back the next day telling us he'd consulted with his mother or sister for counsel. He loved people. I remember in the interview I had with Michael, he said to me, "will I be able to make friends here?" He didn't want to work at a place where he disliked his coworkers or where they disliked him. He requested that his desk be in the support room and not in an office somewhere else.

One of my fondest memories of Michael, however, was one year at ISC West, the security industry's biggest conference. The team had had a late night. The next morning, Michael's roommate awoke. Michael wasn't in his bed. He was nowhere to be found. He reemerged around Breakfast time. Michael had run the ISC West 5k with almost no sleep or preparation. He placed 26 out of 417 runners posting a 21 minute and 59 second time. We were all in awe of the feat.

For those of you who have been benefited by Michael's work, I encourage you to write his family a note in the official obituary. It would be nice for them to know that even though you didn't know it, your life intersected with his briefly, and to leave a small thank you. Feel free to comment below as well. Alarm Grid's staff is grieving as well and would appreciate any kind words you have for us.

So again, I apologize for the lateness of this post. But as you, perhaps, now understand, it is late because there was no one here to write it.

bryce March
August 20, 2021 20:35
R.I.P. Michael. You will be missed. It was definately a pleasure working with you for my time at Alarm Grid but even besides that you always knew how to make everyone laugh one way or another.