Alarm Grid has re-vamped it's plans, and we hope you're as excited about them as we are!

We have done our darndest to simplify our plans so that they are understandable without explanation. We still offer our great low-cost self monitoring plan for $10 that everyone likes, but we have spent a lot of time trying to design the plans such that the home automation options are much much more affordable. For only $5 more, anyone who wants to take advantage of the L5200 or L7000s home automation benefits, it can be added to a plan. For those that have a Z-Wave thermostat, their is absolutely no way that you won't be able to make up the $5 difference with good, energy management settings.

DO NOT WORRY! Alarm Grid isn't going to make anyone switch plans. And our legacy plans will always be available though we aren't going to be displaying them anymore.

For those that are on the current plans, but would like to get the awesome benefits of remote home automation, and would like to upgrade, please email support@alarmgrid.com. We will do everything we can to make the transition easier.

The 5834-2 Key Fob Has Been Discontinued

Honeywell has informed us that they are discontinuing production of the largely disused two-button key fob, the 5834-2. The remote fob was made to simply offer an arm and disarm option, but did not allow for an arm stay or a panic function. While, theoretically, removing those buttons would give users the ability to avoid false alarms through mis-presses, the 5834-2's proven to be a fairly unpopular key fob compared to its contemporary the 5834-4.

Used largely with the LYNX series panels such as the L5200 or L7000, the 5834-4 key fobs (as well as the 5834-2) allow for the arming and disarming without the need to enter a code into the panels themselves. This functionality is well loved by end users, and is the reason the 5834-4 has become one of the more popular options, even coming with the available kits for the LYNX panels. But while users will often find themselves purchasing multiple 5834-4s for the system, since the 5834-4 offers the versatility of an end-user programming it to function exactly like the 5834-2, this key fob has been rendered redundant. Alarm Grid has discontinued the item on the site.

For those who want to know how to program a key fob to one of these simple, wireless systems, we have made a series of programming videos for the 5834-4. For those that are looking for functionality that mimics the 5834-2, simply delete the arm stay function which is indicated by the small home picture on the key fob. That would make only the arm stay and arm away buttons work with the system, exactly as the 5834-2 works.

Happy Birthday America! A Day Off for the Alarm Grid-eers!

We know that you are all going to be picnicking and watching fireworks for the next couple days... and so are we. Alarm Grid's offices are going to be closed on Friday the 3rd.

As usual, your accounts are all monitored 24/7. If you need central station services, please call 888-818-7728 (the big blue number at the top of the site), and dial extension 1. If you have any other questions, please feel free to email support@alarmgrid.com. A ticket will be generated and we will get to them as soon as we can.

Have a wonderful 4th of July, celebrate well, and do what your mothers' taught you to do when handling fireworks. Oh... and if you eat a hot dog this weekend, think of Alarm Grid. We'll do our darndest to keep the thieves at bay while you go out and celebrate! 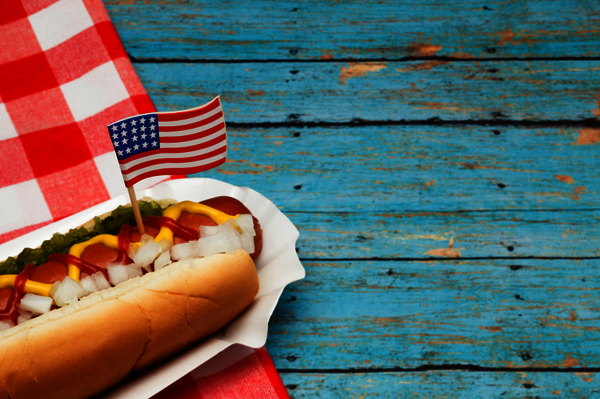