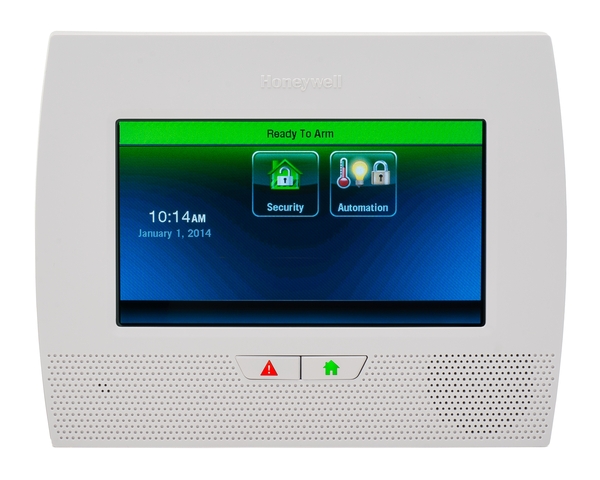 The LYNX Touch series security system sported what has become the most iconic looking glass break detector in the industry. The Honeywell 5853 glass break detectors is a simple device with a small microphone that listens for a thud, then the crash of glass. It is a reliable piece of equipment that looks sleek and blends in well with the decore of any home. 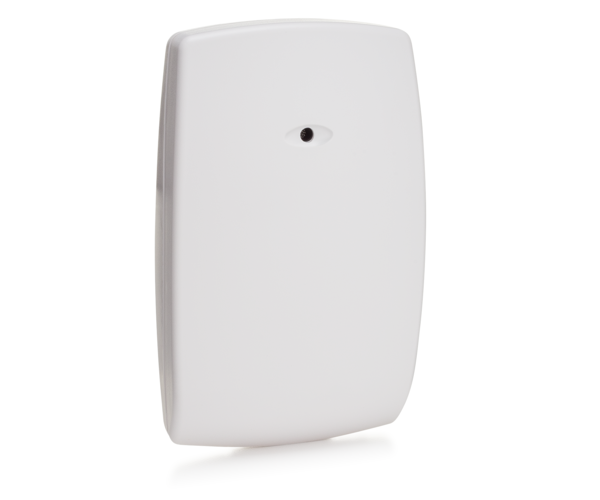 The newer Honeywell SIXGB takes the same reliable technology and wraps it in a new aesthetic. As is the case with any of the new Lyric sensors, the new glass break detector communicates with the panel using secure encryption. The small, sleek sensor looks like any smoke detector an user has in their house and works just as well as any of the older Honeywell sensors. The technology is similar and the product is made with the Honeywell name, which means you know that the hardware is excellent. 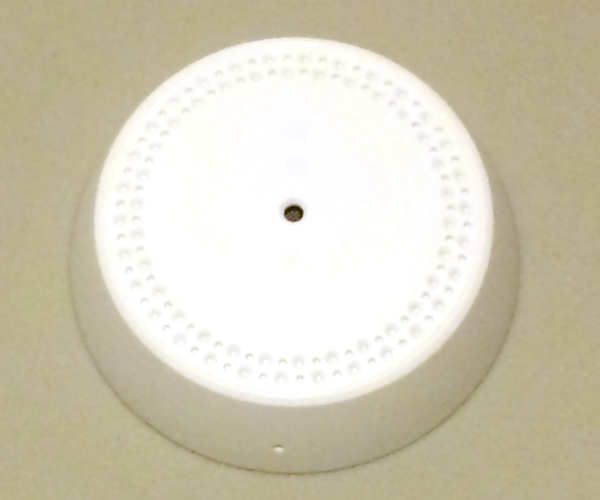 The sensor features three hidden LEDs as well that will help an end user know the system's status. The unit features four sensitivity settings that will allow an end user to protect windows that are between 0 and 25 feet away which is the same range as the 5853, and takes a single CR123A battery. 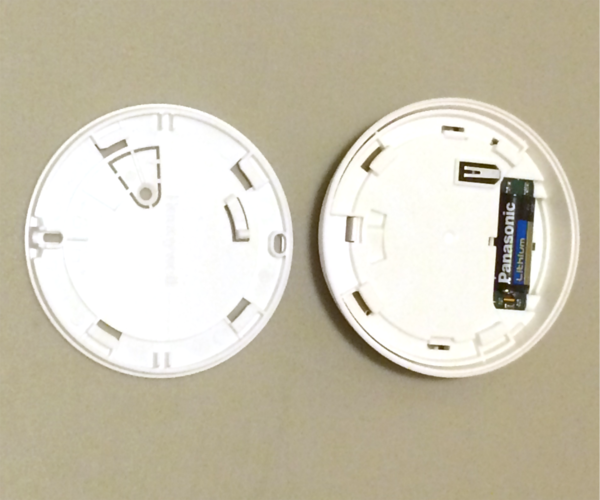 For those that do not like the look of the new sensors, and are not concerned with the encrypted communications between the glass break detector and the panel, the old 5853 will still work with the Lyric security system. In fact, all of the 5800 sensors will continue to work with the new panel, which means that upgrading from an older LYNX Touch panel will not require that anyone purchase new sensors.

If you are interested in getting information on the new Lyric security system, then sign up for our email updates below!

Update: The Lyric has been released and can be purchased on Alarm Grid.

Honeywell has long been known as the premier producer of security equipment in the United States. Therefore, it's no surprise that the new Lyric security system (coming soon!) is the most full-featured home security and automation controller ever made.

Much like the L5200 or the L7000 (and their predecessors - the L5100 and L5000), the Lyric wireless security system's UI has been given a complete overhaul compared to traditional wired alarm systems. It's new interface and capacitive glass front, give the new system an appearance unlike any that have ever come before it. Reminiscent of the 2GIG's Go!Control, the Lyric has all the best features of the 2GIG's front-end user UIs, along with simplicity of the LYNX Touch's system / sensor programming. 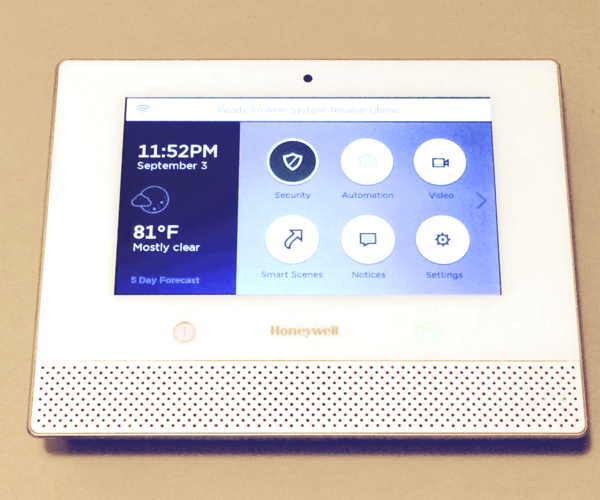 Unlike traditional, self-contained systems, the Lyric is a beautiful addition to any wall - protruding out only 1.3 inches. Honeywell has also streamlined the plastic housing so it's only 8.5 inches in width, and 6.65 inches high. This Apple-like security system has everything you didn't even know you wanted. Honeywell has done an incredible job building the most advanced security system ever sold.


Honeywell has taken a measured approach to building this system. Mimicking many of the best features of the 2GIG system, Honeywell has taken their expertise as hardware manufacturers, learned from the interfaces on the market, and added the best of the best features. The most notable feature borrowed from the 2GIG interface is the use of the 3rd hand, which lets an user work on the system while still being attached to the backplate hanging on the wall. 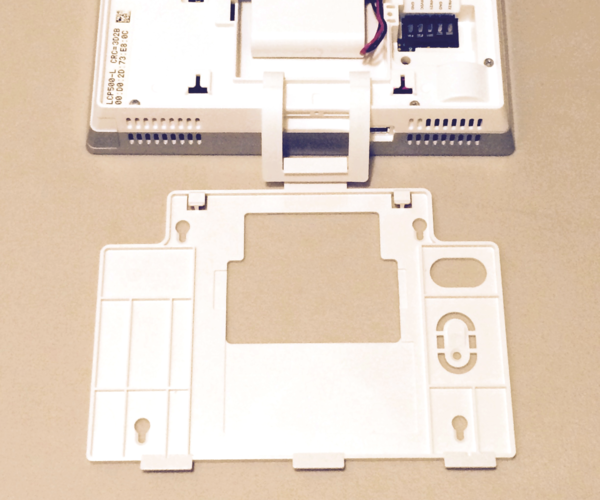 It's a perfect feature for the DIY-er who is interested in working on their system. Rather than having to dismount the system entirely from the backplate, or cut your finger on a hard to remove backplate (as Sterling has done multiple times).

Unfortunately, in spite of the Lyric being Honeywell's foray into a simple to use, DIY panel, they have eliminated one of our favorite elements of the old LYNX Touch security systems, the ability to use a barrel connector when installing it. Our LT-Cable is one of the simplest ways for an end-user to install the old systems. The Lyric takes a step back from the ease of use of a barrel connector and forces you to connect your power wires to internal screw terminals. While the older LYNX Touch panels (and the 2GIG as well) boast the simple to use DC input connection, the Lyric has eliminated it for inexplicable reasons. Using wire purchased from Home Depot isn't a difficult proposition, but it does make things a bit more difficult to the end user. This is, perhaps, the biggest drawback of the system. 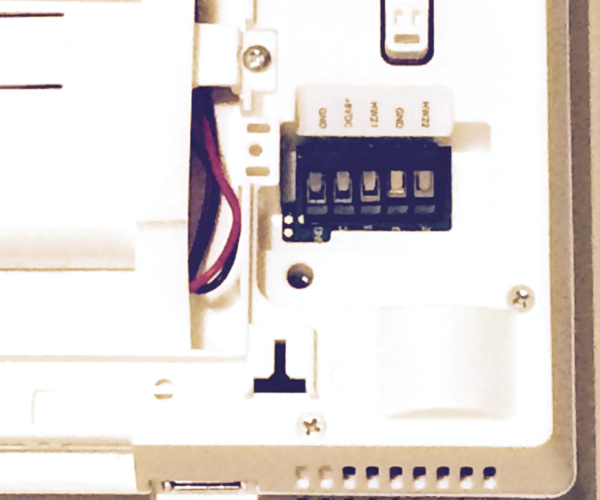 Ultimately, the Lyric is way more compact than any of the LYNX systems before it. Nowhere is it more evident than in the new Lyric's communicators. The Lyric-3G, one of a number of GSMs that will be released for the final product, is a little bit thicker than a credit card. Unlike the older 3GL which protrudes from the circuit board itself, the Lyric-3G is super thin. 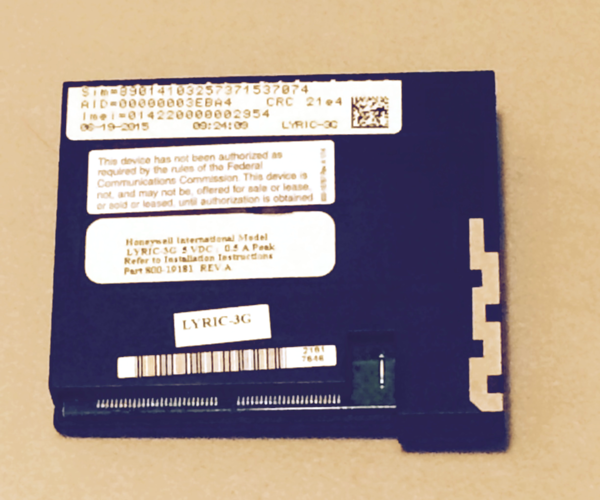 Unlike the LYNX security line, the Lyric-3G goes in through the side of the unit. No need for tools, save for what you will need to mount the unit on the wall, to install the GSM communicator.The Lyric wireless security system allows you to simply slip the 3G or CDMA communicator (yes, there will be a Verizon module available!) into the side of the unit with almost no hassle. Also, Honeywell has added a panel feature where you can click a button to turn off the internal power to the GSM so that you can install or remove a cellular communicator without fully powering down the system, which is a really nice addition. 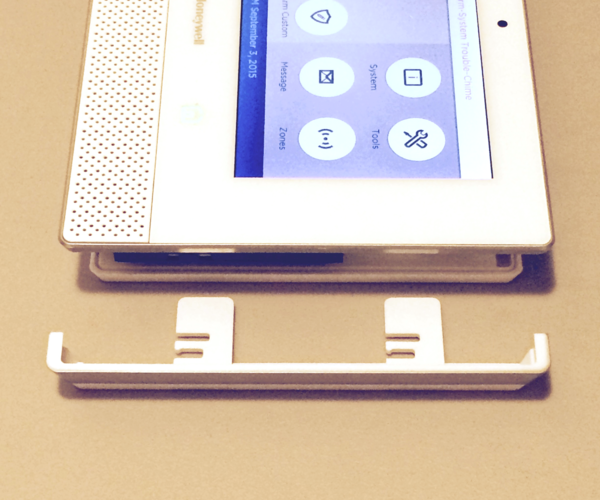 Notice that I have not yet mentioned a Z-Wave or WIFI communicator. Unlike the L5200 or L7000, the Lyric does not have an optional WIFI or Z-Wave module. They are built in! This system is pre-equipped to connect to your local area network and integrate with Z-Wave lights, locks and thermostats. Older systems allowed users to add the L5100-WIFI and the L5100-ZWAVE optionally, which was a nice option, but definitely added complexity and made putting a system purchase together on our site more difficult. Building the WIFI and Z-Wave into the system adds to the usability of this amazing piece of consumer-friendly equipment.

An Introduction to the Lyric Security System

Alarm Grid is getting ready to embark on the Lyric Security System beta test with Honeywell. Perhaps the most user friendly, advanced security system ever to be released, the Lyric line of products are unlike anything we've ever seen before. It's the first (as far as we know) consumer system that features encrypted communication between the sensors and the hub, and it might be the best looking security system we've ever seen with Apple-esque menus, and an intuitive interface that will make any DIY security lover gush. 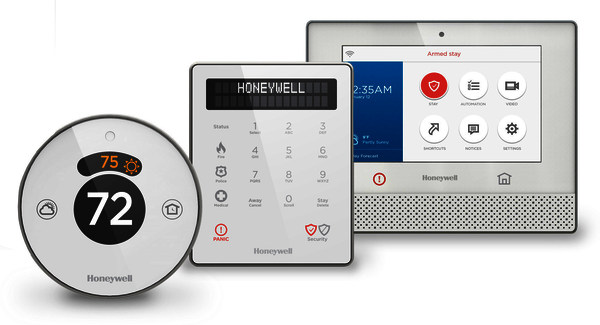 Sterling has been testing the system at the Alarm Grid lab, and has taken a few preliminary photos to show off each of the different pieces. Over the next few days, we will be giving anyone that reads our blog a little introduction to each of the new system's pieces. We have opened them up, and are going to discuss the amazing new features that this system will bring to the DIY market. If you are interested in getting updates on the Lyric security system, fill your email in below.

Are you ready? Because... we're really excited.