Alarm Grid recently attended ISC West 2018 in Las Vegas. ISC West is recognized as being the largest security industry trade show in the United States. During the massive exhibition, our team enjoyed the opportunity to meet with some amazing vendors. This gave us the chance to learn more about many new products and offerings that should be available later this year. We would like to give you the inside scoop about what we saw from Honeywell.

Honeywell is currently beta testing a new version of their T6 Thermostat - the Honeywell T6 Pro with Z-Wave. The thermostat's battery-only option and Z-Wave connectivity will make it remarkably easy for end users to install and integrate the device with a Honeywell alarm system. Battery power provides some great benefits for the thermostat, most notably eliminating the need for a C-wire which provides "common power" from the HVAC equipment. Although there are some shortcuts in running a local 24VAC transformer, the battery option allows any homeowner to swap in this smart thermostat. The battery for the new thermostat is expected to last 6 months to a year before requiring a replacement. Thanks to its Z-Wave connectivity, the thermostat is expected to work with any Honeywell Panel that supports Z-Wave, and users will be able to fully operate and control the thermostat through Total Connect 2.0. The Honeywell T6 Pro with Z-Wave will be a fantastic option for anyone who is looking to upgrade from a standard two-wire thermostat. Yes, you can finally swap out that old mercury round thermostat that only has two wires!

For LYNX Touch owners, firmware revision 9 is expected to be available in early summer 2018. This is an ETA not a firm date. This firmware update will provide LTE support for the LYNX Touch Panels. With LTE being the future of cellular communication, this is a very important update for these systems. By making this update, end users should be able to continue using their LYNX Touch Alarm Systems for many years to come. Remember, an LTE communicator and an appropriate monitoring plan is required to use LTE cellular service with a LYNX Touch. Our gold plan is the most popular since it includes central station monitoring along with the Total Connect 2.0 interactive service. 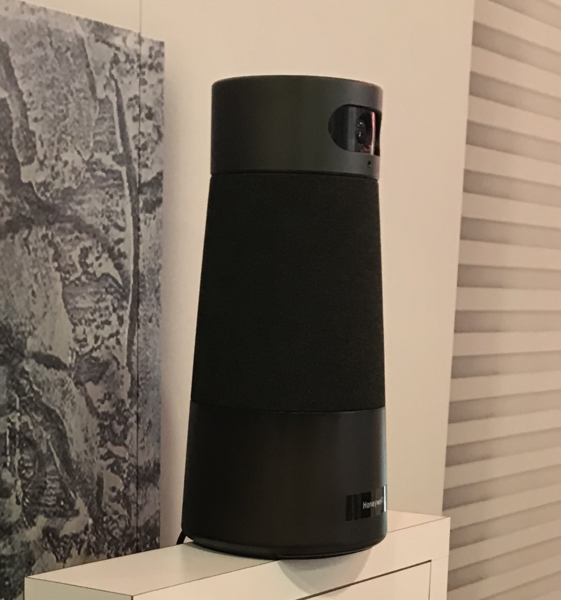 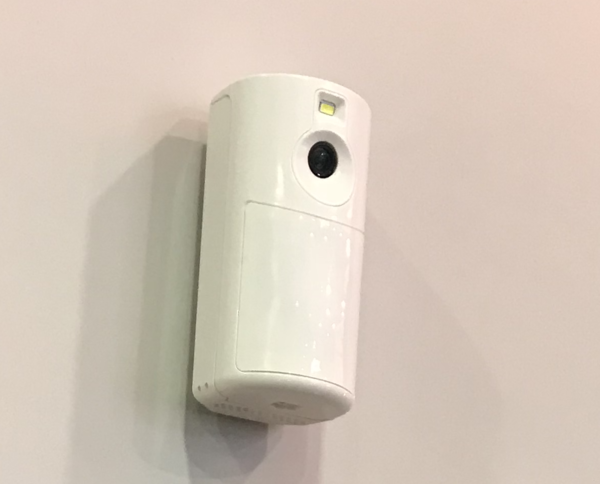 Honeywell is releasing a new DIY platform that will encompass an updated version of their camera base-station product. This product was brought direct to consumer in late 2017. The platform will also support Honeywell's rebranded CAMIR image sensor. Unlike the first release of the camera tower, this new DIY platform will have the ability to migrate into the professional space and receive monitoring from a Honeywell AlarmNet dealer, such as Alarm Grid. This will make this equipment open to DIYers who just want simple live viewing. They can then integrate into a more professional alarm ecosystem down the road if desired. More information regarding this new platform, including any product names, should be made available soon. Honeywell is rumored to be releasing these devices in early 2019 before their updated pro platform, which we will discuss next. 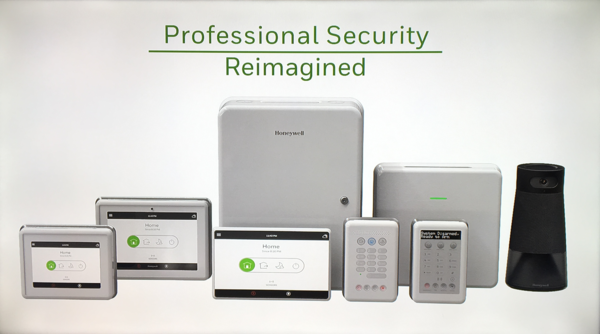 Honeywell has announced a new product lineup that completely revamps the existing VISTA wired/hybrid system line and the all-in-one (AIO) LYNX Touch & Lyric lines into one unified product and software platform. With the option to build the system around either a wired/hybrid base system, or around a touchscreen base system, end users will have the flexibility to choose exactly what they need for their particular situation. This could potentially be for a new system on a property that currently has no system, a pre-wired property with no actual system installed, or for a property that has an existing wired or wireless system that needs upgrading. There will be 5-inch and 7-inch options available for these touchscreen keypads, and a plastic cabinet hub will keep them secure while they are not in use. Bluetooth and Alexa control are already being touted as being integrated into the panel locally. Honeywell is expected to unveil more details about these touchscreen keypads in late 2018. This lineup most likely will not be released until 2019 after the DIY platform above is already out.

The much-anticipated Honeywell 5800FLOOD is getting closer to its release date. This environmental sensor can detect floods and the presence of water without having to use an external probe. As a 5800 Series device, the 5800FLOOD should function with any Honeywell, 2GIG Go!Control and soon the IQ2 after they release the 345MHz 2GIG/Honeywell daughtercard. The device is expected to be made available for purchase sometime in late summer of this year. It will be the easiest way to trigger customized notifications and automated rules such as turning off the water supply to your home using a Z-Wave water valve shutoff.

Honeywell showed us a prototype of a new hardwired touchscreen keypad that will replace the current Tuxedo Touch. We do not know if it will run on the same firmware or if it will replace the current Tuxedo Touch as it stands today. Getting our hands on it was a complete thrill. It is a much cleaner design that looks and feels much more like a tablet. The best feature is the ability to remove the device from the backplate and have it operate on battery power. There are four induction points on the back of the keypad that line up with posts on the backplate. The wiring is located behind the backplate. This sleek design allows you to easily snap the keypad away from the backplate without tampering with any wires. It should continue to support a total of 232 Z-Wave devices and operate in a similar manner as the Tuxedo with the VISTA Series Panels. However, this is very much up in the air, and it may change at any time. Here are some looks at the prototype: 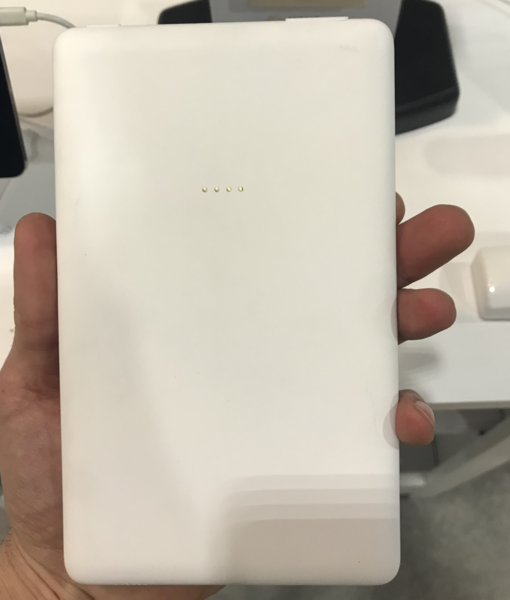 Honeywell is continuing to beta test multiple-partition support for Total Connect 2.0. This feature will include the ability to assign different authority levels to different partitions, so that not every user can necessarily control each area. More information is expected to be announced soon. We will provide some screenshots of our beta experience in a blog update shortly.

LiftMaster confirmed that the integration with Honeywell's Total Connect 2.0 should be made available by the end of the year! For users who need an immediate option for use with Total Connect on non-MyQ garage motors, we recommend using either a Linear GD00Z Z-Wave Garage Door Opener or the Honeywell 5877 Garage Door Relay. The 5877 is compatible with the Lyric Controller and later generation LYNX Touch panels like the L5210 and L7000. The Linear garage controller will work with VISTA based automation controller like the VAM and Tuxedo Touch. MyQ motors are completely proprietary and will not support the 5877 nor the GD00Z controllers. If you have a MyQ you will have to wait for Honeywell and Liftmaster to finalize the deal. The exclusive partnership with Alarm.com is over!

ciara hibbert
January 10, 2019 14:36
Thank you for sharing that information :)
John Gorla
January 10, 2019 00:12
The Resideo spot from CES 2019 is a little a short on detail but they did show their new alarm systems. https://youtu.be/F8UrWxhltAo
ciara hibbert
January 08, 2019 21:16
Keep checking our blogs, once we have any updated information we will update it on our site :)
Dave
January 08, 2019 21:12
Hopefully they have something working and ready for sale then. I'm hoping for Homekit too, but I'm not holding my breath. I did reach out to them asking for more Homekit integration but who knows.
ciara hibbert
January 08, 2019 21:00
Hi Dave, Assuming you're asking about the new system that Honeywell announced as last year's ISC West show, no unfortunately we don't have much new information yet. We should have a lot more after this year's ISC West show though.
Dave
January 08, 2019 20:32
I don't supposed there have been any developments on this yet? Specifically the new wired/hybrid systems.
Sterling Donnelly
October 12, 2018 16:00
If HomeKit is a must have, you only have two options right now. The Honeywell Lyric and the DSC iotega (which we don't currently offer so I can't comment on) are the only professional security systems that do HomeKit that I know of. We agree Honeywell should not be focusing on the new DIY system and instead should be focusing on the next generation of systems sold through their typical dealer channel. One possible solution to your dilemma would be to not add the two LKP500s and just use the Lyric as your main controller knowing you'll have HomeKit/Siri and also Total Connect 2.0 mobile control which in most cases eliminates the need for multiple physical keypad around the house. The cost to upgrade to the Lyric then comes down and gets you your newer touchscreen, HomeKit capable system.
Dave
October 12, 2018 13:59
Oh and Homekit is a must have.
Dave
October 12, 2018 12:39
Total equipment costs to get the Lyric up and running as I would need it to run the same as my Vista 20P runs today would be as follows: - Lyric control panel - $275 (I'm rounding costs) - 1 5800C2W for hard wire zones - $78 - 1 5817XT for my fire sprinkler system - $75 - 2 LKP500 for multiple levels - $105 each - 1 SIXSIREN - $65 Total cost is $703 to just do what I can already do today. I realize there are huge benefits to the Lyric, but I wouldn't downgrade my already capable 20P system to go backwards in some aspects. I hope that they really listen to people and make this hybrid panel capable of using all of the wired components. I think this would be an easy sell to people...it's a very hard sell at over $700. One upgraded hybrid panel and then you have the capability of a Lyric with your iPhone. Give people the option to add a touch screen if they want it later. I personally like to program all of my smart home devices while sitting on the couch watching TV (I don't want to stand in my mudroom to do that anyway). Not to change subjects but I read some early reviews on that new DIY system that they just launched and that thing seems like a disaster...way too expensive and doesn't work right yet. Ring is going to blow them away all day long if they don't fix that thing and make it half the price.
ciara hibbert
October 11, 2018 20:46
Hi David, No, unfortunately they didn't have many details on the new systems on the horizon and they didn't mention if it would or wouldn't have HomeKit compatibility. When you say it's expensive to get all your wired devices on your Lyric do you mean that you have a lot of zones and would need multiple 5800C2Ws?"
Dave
October 11, 2018 20:33
This is very interesting and probably the route I will take to upgrading my Vista 20P panel. Did they give any more details about that hybrid product? I am tempted to go with a Lyric, but it's so expensive to get all of my wired devices going on that system...I hope this has a cost advantage. Was there any mention of Homekit compatibility (probably too early)?