Ever Wonder Why They're Called End Of Line Resistors?

If you have a hardwired security system with wired sensors, then it's likely you have set up some End Of Line Resistors (EOLRs) with your equipment. Today, we're taking a quick look at these pieces of equipment to explain how they get their name and why they're important for your system. 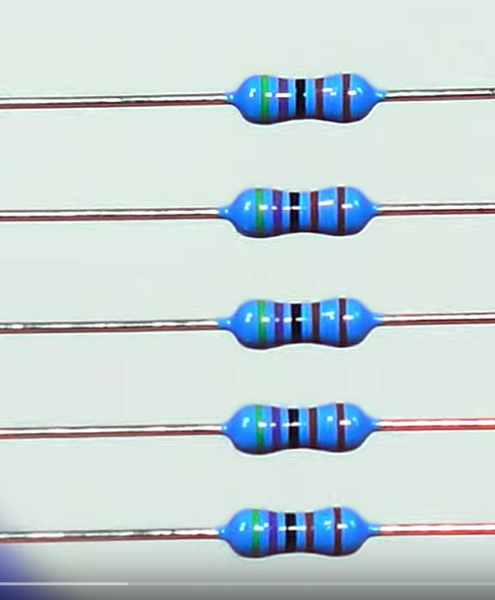 The simplest way to understand resistors (end of line or otherwise) is that they reduce the flow of electrical current. These devices have many potential uses, but today we will be focusing on how they are used with wired alarm systems to supervise connected sensors. Basically, the presence of an End Of Line Resistor tells a system that no sensors have been tampered with on a zone.

On a wired alarm system, you may have many hardwired zones. If you look at a single wired zone, there can be multiple sensors of the same or similar type connected to it, all in a line. From the alarm panel input moving outward, you will find the first sensor in the line, then the second sensor, and so on, until you reach the final sensor. That sensor is the end of the line. At that last sensor, you will have the end of line resistor (EOLR).

The reason why you have the resistor at the end of the line is because cutting any of the sensors leading up to the last sensor will cause the system to lose track of the EOLR. Basically, by putting the resistor at the very end, the system knows that all the sensors leading up to it are still in-place. The entire line, the entire series, if you will, has its current slowed, or resisted, by the EOLR. Once you either remove any of the connected sensors or attempt to short out any of them, current will then stop flowing through the circuit. The system will detect this and know that, at somewhere in the circuit, something has been tampered with, and the user needs to be informed.

Remember, this is also how the zone works normally. In a circuit where the sensors are normally closed and the EOLR is wired in series at the end of the line, opening a sensor, such as when you open a door, also prevents the system from seeing the resistor, which is what causes the zone to display a fault condition. In most cases, burglary zones will only show a fault when a zone has been tampered with. Rarely will they cause a trouble condition, though in some cases, it is possible to configure a zone especially for this type of behavior.

In many cases, resistors are actually installed at the terminals on the panel. The reason this is a bad idea is that when the resistor is at the panel, a burglar could put a short across any point in a normally closed zone, and the only way the user would be able to detect it would be if they noticed that a particular point on the zone was open, a window for example, and should have been showing a fault, but that no fault was actually being displayed on the keypad. If this happened on your system, would you take notice right away? Granted, this assumes the burglar had access to the system while it was disarmed, and was able to set this up in advance.

The above scenario would imply that the protected premise is a business or a home with a good deal of service personnel coming in and out. We use this scenario just to illustrate why proper resistor placement is so important. This same vulnerability exists on hardwired zones that are programmed as normally closed, or normally open. Though with a normally open zone, the intruder would cut the circuit anywhere between the panel and the first sensor, rather than shorting it.

It should be noted that an EOLR will be wired according to the behavior of the zone type. That is, an EOLR will be wired in Series (in line) for a Normally Closed (NC) zone, or it will be wired in Parallel (across) for a Normally Open (NO) zone. Keep that in mind when configuring the EOLRs for the different zones on your alarm system. And if you have a zone without any connected sensors, then you can still have a resistor at the end of the line, but that "end of line" would just be across the zone terminals themselves. This is a good practice in order to keep up with any unused resistors, in the event that you want to add a supervised wired zone to the system at a later time.

We hope that this quick lesson in end of line resistors may be helpful to anyone who is new with alarms, and perhaps working with a wired alarm system or wired sensors for the first time. If you have any questions about setting up a wired security system, or if you are hoping to learn more about Alarm Grid monitoring services, please send an email to support@alarmgrid.com. We're here to check your emails from 9am to 8pm ET M-F. We look forward to hearing from you!