The governor of Georgia, Nathan Deal, officially made Enhanced Call Verification a state law on May 6th of this year making John Loud a very happy man. John Loud is the president of Georgia Electronic Life Safety & Systems Association and he has been working for years to make ECV mandatory in Georgia. 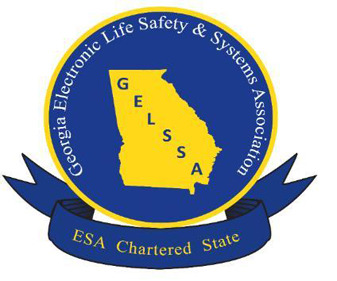 Enhanced call verification requires all central stations to make at least two phone calls to the customer before dispatching authorities on an alarm received. ECV practices have been proven to greatly reduce false alarms and therefore many alarm industry associations including the Security Industry Alarm Coalition (SIAC) work hard to get more municipalities to enact ECV.

While Florida, Delaware, Tennessee and Virginia have already enacted ECV laws, Georgia had seen some resistance to the proposed change. The state's Fire Marshall Office was worried that ECV would slow down response for fire alarms, where every second counts, but that issue was addressed in the new law HB 59. The law makes exceptions for fire alarms, panic alarms and duress alarms so that two calls are not required with those types of emergencies.

The Georgia law enforcement agencies know first hand how much time and resources are wasted responding to false alarms so they were another big proponent to the ECV law getting passed. The whole idea behind ECV is that the central stations are helping to filter out the vast majority of false alarms so that the police are only sent out on real alarms.

Here at Alarm Grid, we suggest all customers have us make two verification calls before dispatching but we will be working with our Georgia customers in the next few weeks to make sure everyone will be compliant with the new law by the time it goes into effect on July 1st.