Qolsys recently informed us that they plan to release the new PowerG and legacy daughtercards for the IQ Panel 2 in the coming weeks. New IQ Panel 2 Systems will be available with different combinations of these cards so that users can choose the proper type for their existing sensors.

We are particularly excited about the PowerG Sensors. These sensors boast an incredible range of up to 2,000 feet away in open air when used with the IQ Panel 2 Plus. They also offer 128-bit AES encryption to remain protected against hacking attempts. Overall, these are some of the most powerful and advanced security sensors we have ever seen, and we are sure that users will be extremely satisfied with their performance.

When deciding which daughtercard is needed, users should verify the type of any existing wireless equipment and consider future expansion. The wireless frequency and sensor matrix is as follows:

Since only one legacy daughtercard can be used, it will not be possible to use multiple types of legacy sensors with the system (except for Honeywell and 2GIG since they operate on the same 345MHz frequency and use the same daughtercard). For example, a user would not be able to simultaneously use older Honeywell 5800 Series Sensors and Interlogix Sensors at the same time. However, a wireless converter will likely be able to overcome this issue.

Qolsys has informed us that the daughtercards will not be available for individual purchase. Instead, they can be obtained by purchasing a new IQ Panel 2 System. According to Qolsys, the following versions of the system will be available:

Additionally, each of these options will be split into two further options for AT&T and Verizon LTE cellular communicators. These will both operate with Alarm.com and open up a world of possibilities with the dexterity of the Alarm.com ecosystem. According to Qolsys, these systems will be available in September 2018. We'll make sure to keep you updated with any further news on these exciting new products! 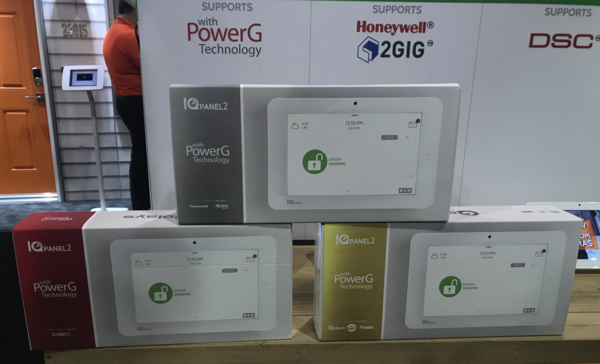