The organizers of ISC West, along with the Security Industry Association (SIA), have announced that ISC West 2020 is again being postponed, this time to October 6th - 8th. It will still take place at the Sands Expo Center in Las Vegas, NV. This is the second postponement of the event. 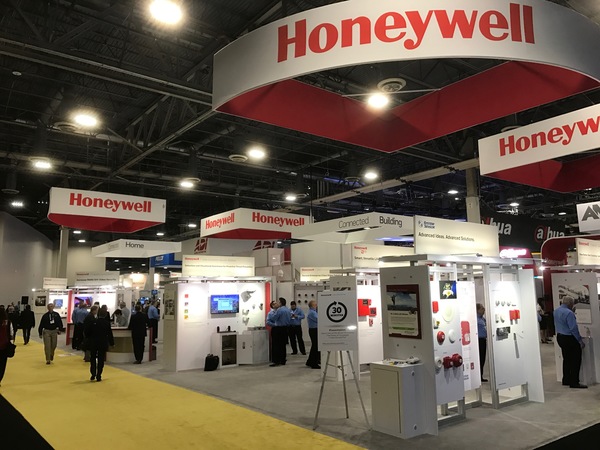 Originally, ISC West 2020 had been scheduled for March 18th - 20th at the Sands Expo Center. However, the annual event was delayed on March 6th due to health concerns associated with the ongoing global Coronavirus (COVID-19) pandemic. The new dates for the event were later announced as July 20th - 22nd.

Unfortunately, the organizers have determined that the July dates would no longer be suitable for this massive international event, which attracts thousands of security professionals from around the world every single year. The group has recently announced that the 2020 event will now be pushed back to October.

We are sure that this decision was not made lightly. This move had to have been made with the best interest of the health and safety of organizers, demonstrators, and attendees in mind. While our team at Alarm Grid is disappointed, we fully understand and respect the move of ISC West 2020 to October.

"Considering the escalation of COVID-19, travel and social distancing restrictions, and the economic impact over the past five weeks across the United States and the world, it is necessary to reschedule the event to October ... Working closely with the Sands Expo, we were committed to pursuing the best opportunity for ISC West to facilitate the conduct of business, education and peer-to-peer engaged platforms. Holding the event six months from now in October will offer the best scenario to support the security and public safety industry, in addition to the Las Vegas community. It is an unprecedented time, and we appreciate how the community is adapting, adjusting, and rallying."

The Reed Exhibitions group also released a document providing information regarding the waiving of airline fees. Most United States airline carriers are offering their customers refunds for travel plans that have been disrupted due to the ongoing pandemic. This is important for anyone who had already booked a flight to ISC West for the March or July dates. More information can be found here.

Although it is impossible for us to make any firm predictions (we don't have a magic crystal ball), it is fair to assume that this is the absolute furthest that ISC West 2020 can be pushed back. Any further, and you would begin to approach the time at which ISC West 2021 would likely be held. Holding the annual event back-to-back would not make any sense from a logistical or planning perspective. We may be stating the obvious here, but it looks like it's October or bust for ISC West 2020.

Right now, all we can do is hope that the world can move past the COVID-19 pandemic as quickly as possible so that we can save the date in October. Although October might seem like a long time from now, it will approach sooner than you think. Remember, ISC West is a huge global event that takes a tremendous amount of logistics and planning to be pulled off properly. Putting everything together during a major global crisis is simply impossible, and we applaud the organizers for make the change sooner rather than later.

Again, we would like to send our a sincere Thank You to the doctors, nurses, and scientists working on the front lines, as well as to all of the maintenance workers, sanitation workers, truck drivers, delivery drivers, and all of the other essential workers who are doing everything they can to help the rest of us during this difficult time. We are hopeful that this situation will be dealt with as quickly as possible so that order can once again be restored to the world.