Are you enjoying ISC West 2019 DIYers? We actually missed part of the Resideo booth yesterday, and we're playing catch-up to keep you up to date! We have learned that the Tuxedo Touch Keypad for Honeywell VISTA Systems has received a redesign. The new menus look super sleek and fresh! 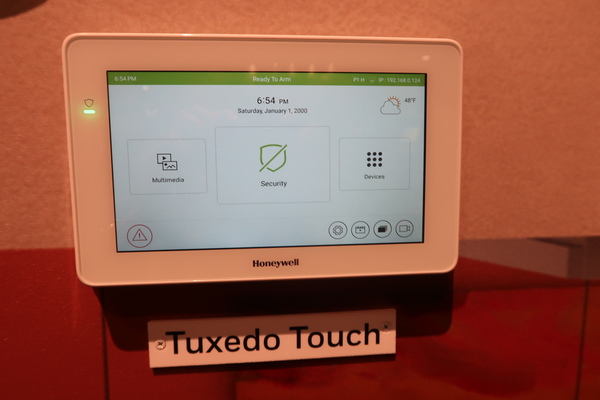 Most owners of the current Tuxedo Touch Keypad love the device's performance, but they aren't thrilled with the look of the menus. Resideo is seeking to fix that with the Tuxedo Touch redesign. This makeover represents the third generation of Tuxedo Touch Keypads, and we believe that end users will absolutely love the new appearance.

The redesigned Tuxedo Touch serves the same purpose as the current model. It is a touchscreen keypad that is used to control a Honeywell VISTA System. The keypad wires-in directly with the main control panel to draw power and communicate as needed. By accessing the keypad, user can arm and disarm their system, control individual Z-Wave devices and perform smart automation scenes. We confirmed with Resideo that the updated Tuxedo Touch will support Z-Wave Plus 500 Series technology.

Resideo also updated their Honeywell 6280 Touchscreen Keypad. The new model is the Honeywell 6290, and it also offers a fresh new look. The 6290 will be basically the same as the updated Tuxedo Touch, except it won't have Z-Wave functionality. Nevertheless, it should provide a quick and easy access point for VISTA System users. 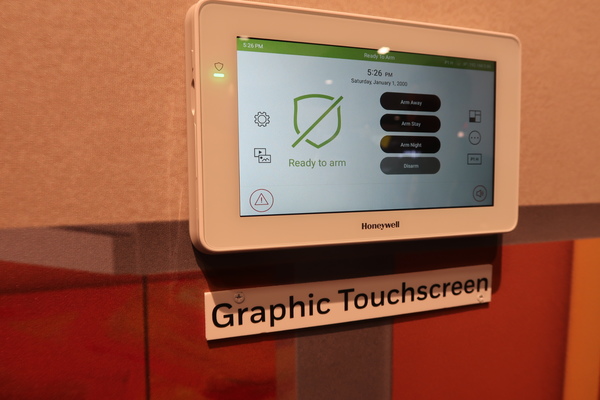 We have also confirmed that a user will be able to enter the IP address for the new Tuxedo Touch and 6290 Keypads into a web browser to control their system as if they were at the keypad itself. Just like the current models, the web browser will need to be on a device that is connected with the same local WIFI network to gain access. A great option if you want to conveniently add an additional keypad is to use the web browser on a tablet and then just mount the tablet to the wall.

Both the third generation Tuxedo Touch and 6290 Keypads will use WIFI to connect to a network. Unlike the older models, a hardwired ethernet option will not be available. This shouldn't cause too many issues though, as most users prefer the convenience of a WIFI connection anyway.

Thanks for staying with Alarm Grid for the latest ISC West 2019 updates. We will have more posts coming soon!