Hi DIYers! A couple of weeks ago, we took an initial look at Alarm.com Siri Shortcuts. This function allows ADC users to control their security system and smart home automation devices through Siri voice commands. Today, we're taking a closer look at this new feature and what it provides.

Alarm.com Siri Shortcuts are available for any iOS device that is running Apple iOS Version 12. This includes iPhones, iPads, HomePods, the Apple Watch and even Apple CarPlay. They allow you to use voice commands through Siri to control basic system functions and to run any smart scene that has been set up with Alarm.com. If you haven't already created smart scenes, we recommend doing that before attempting to set up any Siri Shortcuts. This is because any created smart scenes will conveniently appear in the "Suggested Shortcuts" list for easy creation.

To get started, you will need to have the Alarm.com Mobile App downloaded for the device you want to use with Alarm.com Siri Shortcuts. If you do not have the app, it can be downloaded for free from the Apple App Store. From there, you will need to enable Siri Shortcuts. To do this, click on the settings icon (the gears), then "Siri Shortcuts", then "Edit" in the upper-right corner, and finally the button below the Edit button to share activity with Siri. 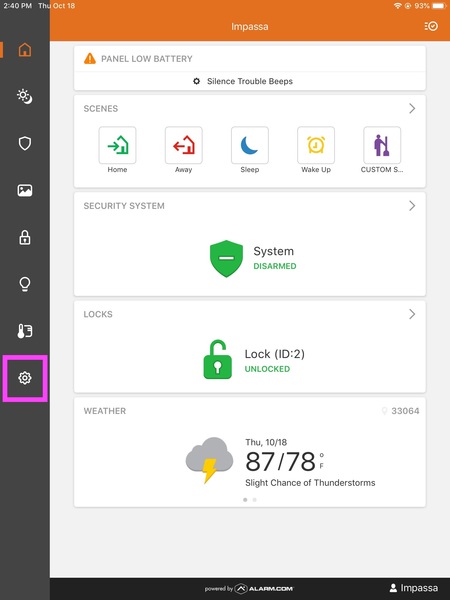 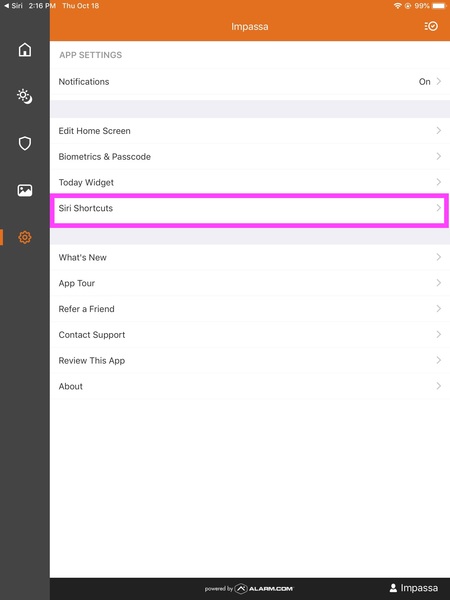 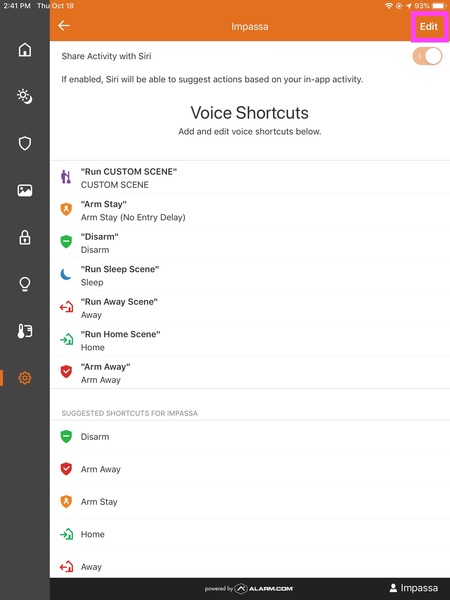 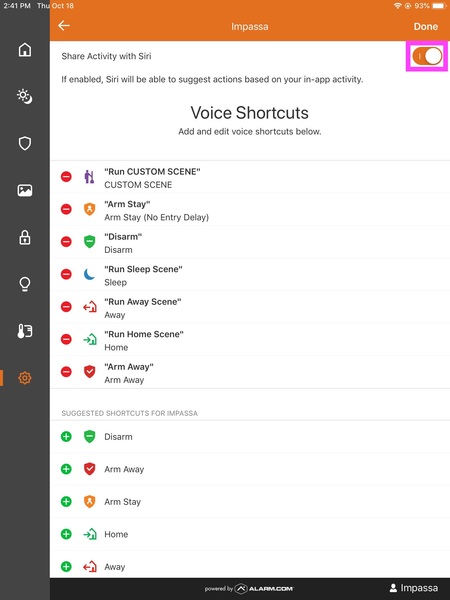 Below the existing shortcuts are suggested actions can be set to trigger with a voice-activated Siri Shortcut. This includes basic system functions, such as arming and disarming, and any custom smart scenes that you have previously created. Remember, you may need to press the "Edit" button in the upper-right corner before you can begin creating Siri Shortcuts. Simply choose the action you want to use. For this example, we created a "CUSTOM SCENE" that disarms the system and unlocks a Z-Wave door lock. You will then be taken to a screen where you can record the Siri Shortcut. Press the Red Circle to record the command. You can say anything you want to trigger the shortcut. Finally, press "Done" in the upper-right corner to save the recording. Then press "Done" in the upper-right corner of the Alarm.com screen to save your new shortcut. 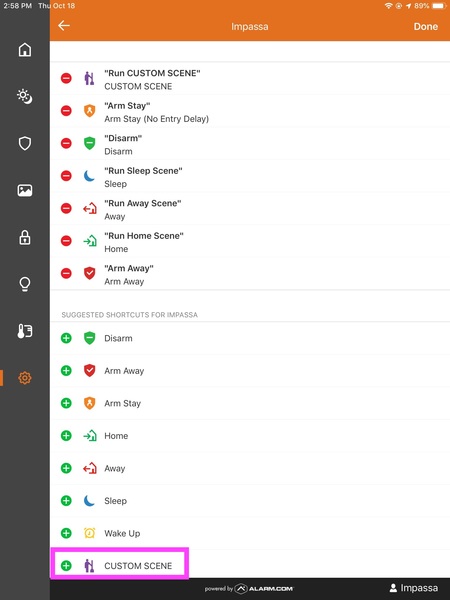 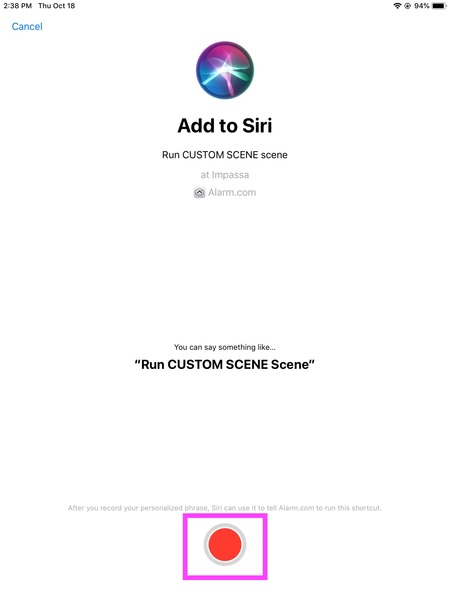 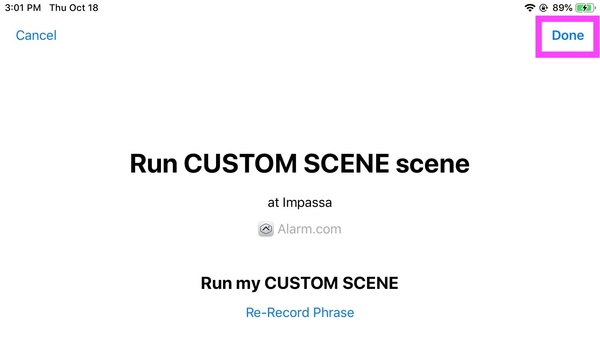 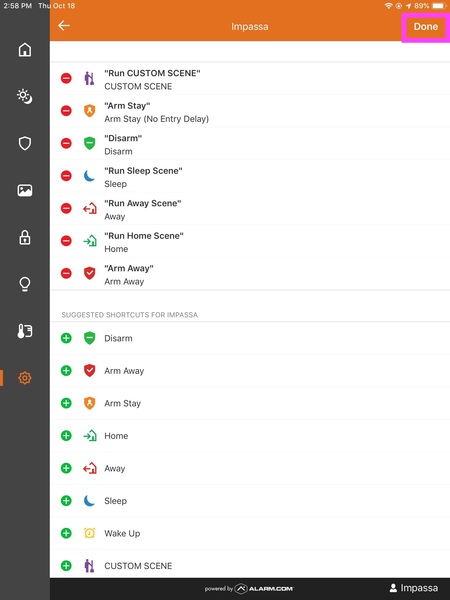 Once you have created your Siri Shortcut, simply activate Siri, and state the command you recorded earlier. Alarm.com will then perform the programmed action as through it had been activated through the ADC Mobile App. You can even perform these actions remotely so that you can use Siri and your own voice to control your alarm system and run smart scenes from virtually anywhere in the world. Overall, this is a super easy and user-friendly way to perform everyday actions right from your iOS device!

We're huge fans of this new feature, and we can't wait for you to get started so that you can get the most out of your Alarm.com system. If you have any questions about Siri Shortcuts, please do not hesitate to contact us at support@alarmgrid.com, or call us from 9am to 8pm EST M-F at 888-818-7728. We look forward to hearing from you!