Honeywell has released the newest revisions for the Tuxedo Touch WIFI, and there are some really exciting new additions. The most notable, perhaps, is the much anticipated voice command feature. When announced at ISC, most of us thought that the Tuxedo Touch with Voice control was going to be an altogether new Tuxedo Touch much like the other voice-enabled keypads in the Honeywell wired series like the 6162V. Instead, Honeywell is making the feature available to anyone with a Tuxedo Touch WIFI installed in their home.

For now the feature is pretty limited, but it is neat, nonetheless. Using commands such as "Bedtime," "Evening Time," "Leaving the House," "Returning Home," "Wake Up," and "Cameras," an user can arm the system, control scenes, and summon Zombies....

Ok, maybe not zombies, but the other stuff is all true.

The new revision update has a lot more than just voice capabilities though. Local video recording lets an user record 2 minute videos using the installed SD card. As much video as the card has capacity to store can be put on the system. Perhaps the most value-add feature is the increase in scenes from 10 to 30. Accompanying the increase is the ability to group like-Z-Wave devices, which makes scenes way more powerful and the programming of Z-wave devices much more intuitive and fast (a really good feature if you've ever had to do it.

We are working on some articles on how to install the new update, so check back here in a little while. We will have more information as we get it. 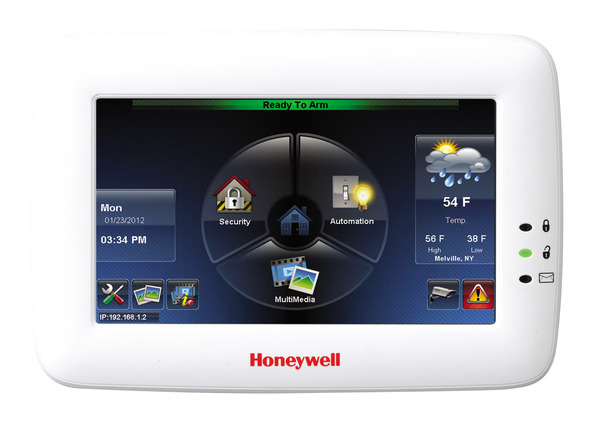