With this feature, users can set up their cameras so that they automatically go into privacy mode when the system is disarmed. This can be useful, as the camera will stop capturing and saving video clips when the user is less likely to need them. However, the user will still be able to view the live feed for the camera through TC2. One benefit to doing this, in addition to the privacy provided, is that the user will not have to sort through as many video notifications. Once the user arms their system, the camera will exit privacy mode and capture clips like normal if it is activated. 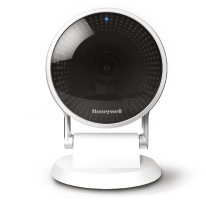 Earlier in 2018, Siri Shortcuts became available for Alarm.com. Now it appears this same great feature will soon be made available for Total Connect 2.0. Users will be able to perform security functions and operate various smart home automation scenes using voice commands that are sent through Siri on an iOS device. This is fantastic news for Apple users who want a quick and convenient method for controlling their Honeywell Alarm System, as well as any programmed smart home devices. We don't know much about the feature yet, but it's fair to assume that each command will need to be set up individually with its own trigger phrase. As long as your Z-Wave device is set up with a Total Connect 2.0 scene, you can program it to activate with a convenient voice command!

We're sure that Honeywell will surprise us with many more new features in the coming months. This is just the tip of the iceberg. But it's plenty of reason to get excited about 2019. We hope that you're looking forward to it just as much as we are. Stay tuned to Alarm Grid for all the latest security and home automation news!