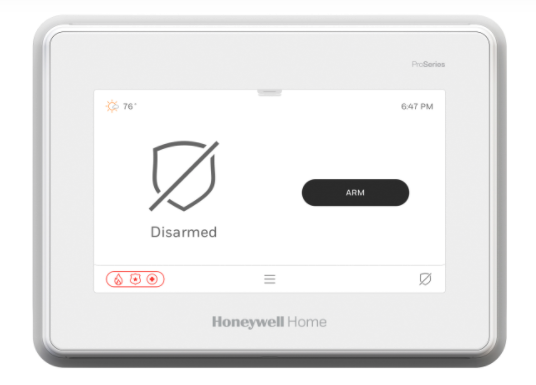 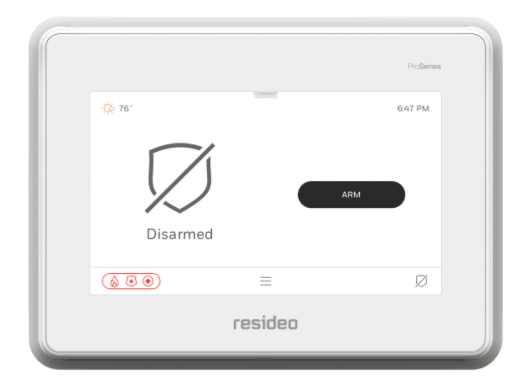 The best way to think of the PROA7 and PROA7C is that they are the PROA7PLUS without a Honeywell Home PROWIFIZW, no Bluetooth capabilities, and no front panel camera. It's the same as the PROA7PLUS, just with no WIFI, no Z-Wave, no optional automatic Bluetooth disarming, and no disarm photos. You can always add the PROWIFIZW Module later on to add WIFI and Z-Wave Plus, but Bluetooth and the front camera can never be added. Basically, you will always be working with a lesser version of the PROA7PLUS.

If you want to get a PROA7 or PROA7C monitored, then you will need to add a PROWIFIZW Module and/or one of the compatible LTE cellular communicators, which are the Honeywell Home PROLTE-A AT&T LTE Communicator and the Honeywell Home PROLTE-V Verizon LTE Communicator. Getting the system monitored will also allow you to use Total Connect 2.0 to control the system remotely, provided that access to the service is included with your monitoring plan.

Remember that since the ProSeries System does not yet support local end-user programming, you will not be able to enroll any sensors with the PROA7 or PROA7C until you get it monitored. The Honeywell Home PROSIX and Honeywell SiX Series Sensors return as compatible encrypted peripherals for the systems, and you can also add a Honeywell Home PROTAKEOVER Module for legacy RF sensor support.

As you may have guessed, the only difference between the Honeywell Home PROA7 and the Resideo PROA7C is that the PROA7 says "Honeywell Home" across its front, while the PROA7C says "Resideo" across its front. Other than that, they really are the same panel. Which one do you like more? Let us know in the comments down below. And remember to reach out to us with any questions you might have. As always, we look forward to hearing from you!