As Honeywell gets ready to release their newest security system, there has been very little released regarding its functionality. Fortunately, ahead of schedule, we have received one of their beta version of the L5200, which we are excited about testing at the Alarm Grid lab.

Since we have yet to test it out, we have very little data about it, so far. What we know is pretty rudimentary, though we will report more as we get a chance to test the unit out.

But as you can see by the picture at the bottom of this post, the L5200's hard buttons have been reduced from four to two: the home and the panic buttons are the only press-able buttons on the unit. It came with the same power supply as the L5100, and battery as well.

According to the spec sheet we were given, the 4.5 inch Graphic touch display screen supports Alarmnet's IP video cameras, the L5100-WIFI and a GSMVLP5-4G will work with the new units as well as the L5100-ZWAVE module. The spec sheet indicates, however, that in order for the WIFI module to work in the L5200, it must be revision 4.97 or higher.

The L7000 has some significantly different specs, though we will report on that as soon as we receive our beta unit. 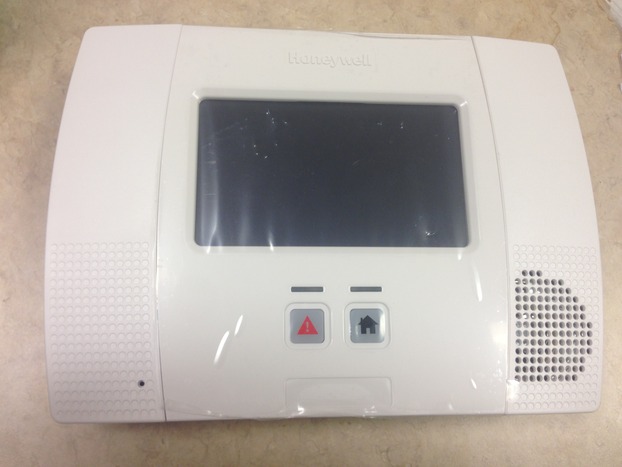