Today, we're going to discuss three (3) security and automation predictions that are almost certain to occur next year. As the title implies, these predictions aren't anything too bold or revolutionary, but they should get you prepared for next year. Let's get into predicting and discussing!

1. Continued Rush to Upgrade to LTE

One topic that we discuss very regularly in this blog is the 3G Sunset and the importance of upgrading to LTE as soon as possible. If you have been living under a rock, then the "Sunset" refers to the impending shut down of older 3G and CDMA cellular networks. Once these networks are shut down, any equipment that uses them will no longer work properly. This includes any cellular security systems. As such, there is currently a big rush to upgrade existing security systems to use LTE communication so that they can remain online and connected for monitoring service.

This obviously won't change in 2021, as cellular service providers remain determined to achieve their goal of completing the transition by the end of 2022. But what is going to be unique about 2021 is that it will be the final full year for users to make the transition, before there is inevitably a final scramble at the very end. If you thought that LTE upgrade talk was inescapable throughout the industry in 2020, well just look forward to 2021. Next year represents the final year for users to make the switch before they are considered to be doing it "last minute". AT&T is slated to shut down its 3G equipment in the first quarter of 2022. Verizon is waiting a bit longer, shutting down the CDMA network in Q4 of that year. Keep in mind that by upgrading early, you are not only saving yourself the hassle, you are also preventing yourself from being left behind later when a big chunk of procrastinators are all trying to upgrade at the last minute, and there just aren't enough resources and/or manpower to get everyone in before the cutoff. Long story short, do not wait to upgrade! 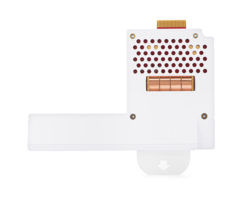 Let's shift focus to something a bit more positive than the eventual shutdown of older technology. One thing you can almost bank on for 2021 is the rise of three (3) new security systems. These are the Honeywell Home PROA7PLUS, the Qolsys IQ Hub, and the 2GIG Edge. While they probably won't replace the Lyric, the IQ Panel 2 Plus, and the GC3e entirely, there is a good chance that they will become our top recommended system picks by the end of next year. Whether or not all of them succeed remains to be seen, but we will say that the future looks bright. Though, we must admit there is still some uncertainty.

Of these "next generation" systems, only the Honeywell Home PROA7PLUS is currently available. And until it gets local end user programming (supposedly coming early next year), we can't exactly give it a ringing endorsement. But with its sleek design, support for up to 250 zones, and Z-Wave Plus capabilities, the system is no slouch. It's also heavily rumored that it will soon gain Apple HomeKit support, much like its Lyric predecessor. Once that happens, the sky is the limit.

The Qolsys IQ Hub has more questions than answers at this time. Qolsys seems to get excited about it whenever it is discussed. But there is also this notion that it will end up being the "budget" system for Qolsys, while the IQ Panel 2 Plus remains their flagship alarm panel. And while there's nothing wrong with an affordable alarm system, it's hard to say whether or not we'll be able to recommend it over the IQ2+. But with PowerG Sensor support and possibly other features waiting in the wings, we won't count this system out just yet. We really hope that Qolsys puts that large, prominent speaker on the front to good use. To us, it screams Bluetooth speaker. Remember, if your security system is only used for security purposes in 2021, then you're doing it wrong. We look at the IQ Hub and see three things - Security Controller, Automation Controller, Bluetooth Speaker. 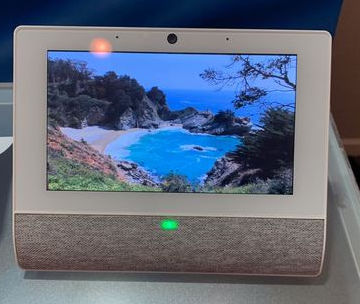 Lastly, the 2GIG Edge is the one shrouded in the most mystery. Apart from its edgy website, we still don't know a lot about it. 2GIG and Nortek Control have been mum on releasing pertinent information. We've even reached out to them personally via phone, and we keep being told to just "be patient". The air of unknown around it and the artsy promotion sure has 2GIG talking a big game, but we're really hoping they can walk the walk when it comes time. If there's one thing that's often true about the security industry, it's that gimmicky promotions and slick advertisements don't usually work on their own. People want products with proven reliability, strong performance, and quantifiable specifications. The 2GIG Edge looks like it's going to have its outer presentation down pact. Now we're ready to see what make it unique.

You can pretty much always count on Z-Wave smart home technology to keep moving forward. And while we saw some innovations in 2020 for Z-Wave - namely the rise of the s2 Security Protocol, and QR scanning becoming more commonplace - we didn't necessarily see the big leap into the 700-Series. In fact, the only 700-Series Z-Wave Device that we recall from this past year is the 2GIG STZ-1 Smart Thermostat.

Will 2021 be the year of the 700-Series? We're not entirely sure, but there's a good chance it will. There's no stopping the momentum that home automation carries, and as we move past an unprecedented 2020, smart home companies will be looking to get back on track this year. And what better way for Z-Wave to make a big splash than touting its next upgrade?

The 700-Series of Z-Wave promises to be the most efficient and most powerful yet. With the right hardware, users will enjoy extended wireless range, better battery life, and security that can be trusted. Whether or not we see alarm panels adopt 700-Series technology next year could be a different story. But for individual devices and dedicated automation controllers, this upcoming year seems to be the prime time to get heads turning. Don't be surprised to see some 700-Series lights and locks, as well as some more thermostats. And from there, it won't be long before alarm panels also get in the game.

We hope you found some amusement out of these three (admittedly, not so bold) predictions. If you are surprised by anything we said here, then 2021 is really going to knock your socks off. Technology is only getting better, and more innovations are on the way! Remember to email us at support@alarmgrid.com if you have any questions about what's coming soon to the exciting world of security and automation, or if you just want to learn more about our monitoring services. Our team is here to check email from 9am to 8pm ET M-F. We look forward to hearing from you!