If you are a Honeywell VISTA System user, then you have likely heard about the Honeywell Home Tuxedo Keypad. The Tuxedo serves as a touchscreen keypad controller, and also as a Z-Wave Plus hub. But one limitation for the unit is that it cannot be configured as a secondary Z-Wave controller. 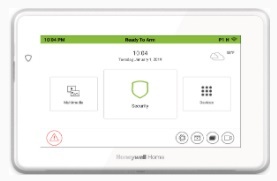 Being able to set up a Z-Wave hub as a secondary controller, is technically one of the more advanced Z-Wave functions that you would ever try to perform on a smart home automation network. But while it is quite advanced, it is also very standard. It is somewhat unusual to encounter a Z-Wave automation controller with no primary and secondary configuration options. But that's exactly the case with the Honeywell Home Tuxedo. You can't set it as a secondary Z-Wave controller, which is a big letdown for anyone who wants to use the device in conjunction with a different Z-Wave hub, such as Samsung SmartThings.

According to Resideo, the ability to set the Tuxedo as a secondary Z-Wave controller will come from a future firmware update. At this time, we do not have any estimate for when such a firmware update would be made available. If you want to learn more about firmware updates for a Tuxedo Keypad, please refer to this FAQ.

However, we can speculate that once the feature is available, you will be able to configure Tuxedo primary/secondary options by starting from the main keypad screen, and choosing the Devices option, followed by the Z-Wave Setup button at the bottom of the screen, and then selecting More in the lower-right corner. If you do that now, you will notice that the "Learn Mode" option currently does not exist. 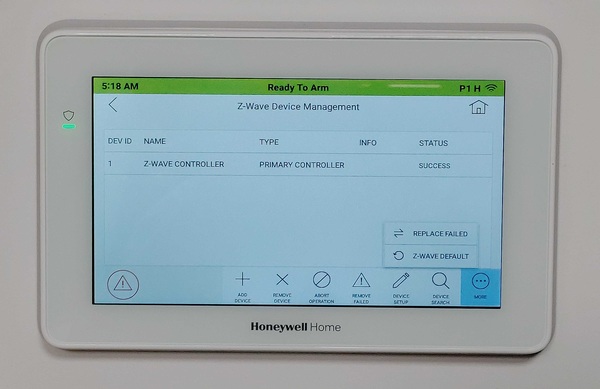 Remember to stay tuned to our blog for future updates on the Honeywell Home Tuxedo. We will be sure to let you know about any new features made available for the keypad. If you have any questions about the Tuxedo or Z-Wave home automation, please feel free to email us at support@alarmgrid.com. We check our email from 9am to 8pm ET M-F. We look forward to hearing from you!