As you may know, Honeywell SiX Sensors are encrypted sensors designed exclusively for use with Honeywell Lyric Systems. These are highly secure sensors that use bi-directional 128-bit AES encryption for added security. They learn-in with a Lyric System using a MAC address rather than a Serial Number. This MAC address is very important for determining whether or not the sensor will work with the Lyric System.

Older SiX Series Sensors had a MAC address that began with 00:D0:2D. If a SiX Series Sensor has this MAC prefix, then it will work with any Lyric System. However, SiX Sensors with this prefix are no longer manufactured. If you purchase a SiX Series Sensor today, it will most likely have a MAC prefix of either B8:2C:A0 or 8A:CB:A4. SiX Sensors with either MAC prefix will only work with a Lyric System that is running firmware version MR5 or higher. Honeywell actually never officially released updates for MR5 or MR6. Instead, they lumped those updates into the MR7 release, which is offered from Alarm Grid.

You can identify a new SiX Sensor by having the following yellow sticker on the box: 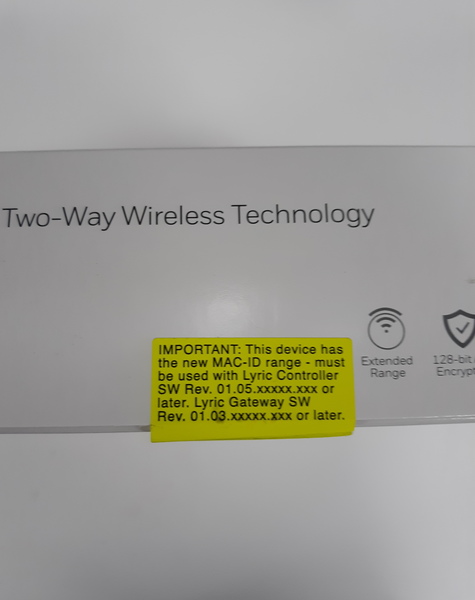 You can also check the MAC prefix on following white sticker on the sensor itself: 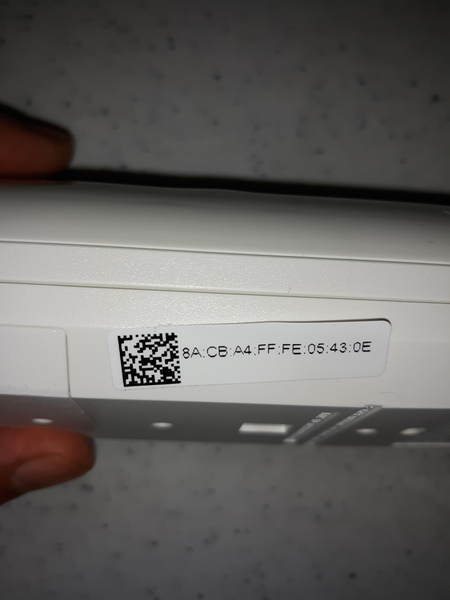 Thanks to this recent mass update push, all Alarm Grid customers with Honeywell Lyric Alarm Systems should now be able to use the latest SiX Sensors with the newest MAC prefix. Keep in mind that we can only push down a firmware update to our monitored customers. If you are not monitored with Alarm Grid, then it's possible that your Lyric is still running an older firmware version that is incompatible with the SiX Sensors with the new MAC address. In that case, you must upgrade the firmware to use these sensors.

Since Alarm Grid is month-to-month with no-contract and no cancellation fees, an easy option is to just sign-up for a month of monitoring service with Alarm Grid. We can then push down and automatic firmware update to the system so that it supports the newest SiX Sensors. You also have the option of requesting a manual firmware update from the panel. If you no longer want to receive monitoring at the end of the month, you can simply cancel your service. By choosing our Self-Bronze Plan, this whole process will only cost $10.

Signing-up for a month of Self-Bronze monitoring will offer additional benefits beyond just upgrading your system's firmware. You can also use this opportunity to active Apple HomeKit for the system. HomeKit is great for iOS users, and it will greatly improve your system's automation capabilities. You will also be able to try out the Total Connect 2.0 Service and gain remote access to your Lyric System. If you like the service, you can certainly remain as an Alarm Grid monitored customer for just $10 per month. Many users appreciate the fact that TC2 offers features and capabilities that are not available through Apple HomeKit.

We invite you to reach out to us if you want to learn more about your options. The best way to reach us is to email support@alarmgrid.com. You may also call us at (888) 818-7728 to speak with one of our security system planners. We look forward to working with you!