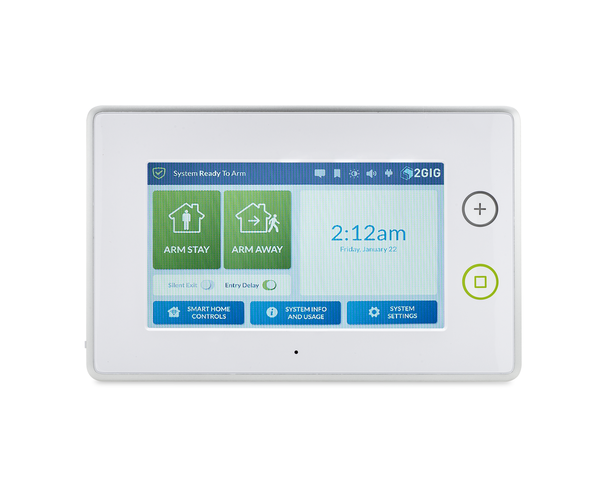 Sterling Donnelly
April 25, 2016 14:39
I don't think you'd go wrong with either system. The GC3 is out now but the encrypted wireless sensors are not out yet and so far 2Gig has given no indication of when they will be available. The Lyric is not out yet but it should be out next month and it will have encrypted wireless sensors available at launch. I hope this helps but feel free to call us M-F 9-9 EST if you want to discuss the two options in more detail.
JT
April 25, 2016 04:18
Hi there; I too am inbetween the Lyric and the GC3 - There's not a lot of documentation on these units, other than the great articles your team has posted. However, I'm conflicted for which system I should choose - one from a reputable company that has been in the industry for a long time, or the other from a startup with really cool features and a very intuituve UI. My chosen system would be for a condo unit on the ground floor, so I'll need the typical motion sensors and door/window contacts with the possibility of a glass-break detector. Surveillance would be nice, but mostly I'm concerned about the extensibility of the system as well as manufacturer's support. I'm based out of Montréal, Canada, so a GSM-enabled system for monitoring would be nice. Any advice or recommendations?
Sterling Donnelly
March 01, 2016 21:17
Yes, we can. We are still waiting to find out if and when a Movistar communicator will be available for the GC3 though.
RL
February 24, 2016 23:25
OK, so you can offer those services for Mexico customers using Movistar? also, they work with cellular radios, so we first need to know if the cellular communicator for the GC3 works here right?
Sterling Donnelly
February 24, 2016 20:57
Yes, you can order product from us online and we can support you with one of our self monitoring plans at https://www.alarmgrid.com/monitoring. The Self Gold would give you all Alarm.com access with no central station involved and Self Platinum would provide the same plus video surveillance.
RL
February 24, 2016 20:20
Thank you very much Sterling, I have a call later today with an alarm.com international agent. If I decide on the GC2 or GC3, do you accept international credit cards? I have an USA address where I can receive the products.
Sterling Donnelly
February 24, 2016 20:08
Well if that's your experience with TC2, then I think you should go with the GC3 and try Alarm.com out. TC2 doesn't have push notifications now although they may soon. Are you sure your Mexican cell phone carrier doesn't have an SMS or MMS gateway? If they did, you should be able to setup email alerts via TC2 that come in as texts.
RL
February 24, 2016 19:19
Yes, we have TC2. In my experience there are rare ocasions when is a little unreliable. Sometimes I cannot arm or disarm the system using the android app and sometimes I cannot even login to the app. This doesn't happen very often but is bothers me a lot when it happens. I don't like that I have to log into the app each time and that there are not push notifications. As I have to rely only on email notifications, I use a third party service to convert those emails into SMS so I can be alerted sooner if something is wrong. We used a local company monitoring service but it was decided (not by me) to stop using that service and rely only on TC2. I also have a z-wave lock in the office front door so employees can get in and out easily, but I couldn't pair it to the panel because as I understood, I need to sync the lock users with the panel users and I don't want to give an alarm code to everyone. This wouldn't be an issue in my house as every user there should be able to arm and disarm. Thanks a lot for your help.
Sterling Donnelly
February 24, 2016 18:18
Do you have TC2 service now with the LYNX Touch panel you've used? What's your opinion of that panel - pros and cons? Knowing how you feel about your current Honeywell equipment (and TC2 account if you have it) would probably help me make a better recommendation.
RL
February 24, 2016 18:02
Thanks Sterling, I suppose I could get a GC3 and use the WiFi for monitoring and later add the Cellular communicator when available. But from an expert perspective as yours, do you think it will be worth to wait for the Lyric?
Sterling Donnelly
February 24, 2016 17:49
We expect the Lyric in early April so you wouldn't have to wait very long. I'm not sure what the cellular communication options will be for the Lyric however. The 2Gig GoControl has an available Movistar communicator and we expect to learn soon if the new GC3 has a Movistar communicator.
RL
February 24, 2016 17:18
Hi, I'm in Mexico and was recently robbed, so I need to install a security system in my house. I was looking into the LYNX Touch 7000 as is the one I installed in my company and know very well, but I think the hardware and the UI is very old looking, I would like to have something sleeker in my house. I'm in between getting a 2GIG GC3 and using alarm.com services or wait for the Honeywell Lyric (if is not much time) and use Total Connect. What would you recomend for me? 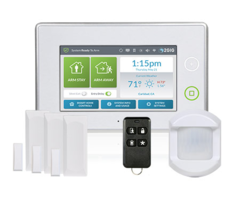 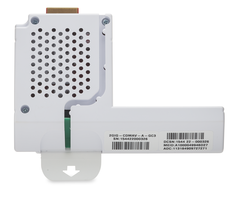 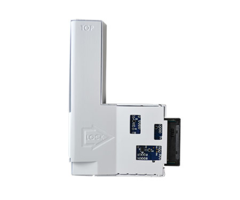 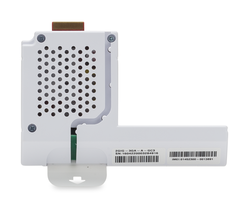