According to Qolsys TSB# 210511, which can be viewed here, Z-Wave devices paired with an IQ Panel 2 or IQ Panel 2 Plus System on Firmware Version 2.5.4 or Firmware Version 2.5.5 may occasionally buffer and repeatedly send the same command to the device every thirty (30) minutes. Although it's possible that any Z-Wave device could demonstrate this behavior, Qolsys says that it is most likely to affect the GoControl GD00Z-8-GC Z-Wave Plus Garage Door Opener.

Alarm Grid will provide a future update if we learn anything more from Qolsys. But for now, it can be assumed that upgrading to Firmware Version 2.6.0 will resolve the issue. Remember to stay tuned to the Alarm Grid Blog for more updates coming soon! 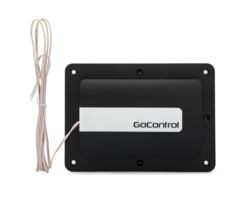