The 2GIG GC2e is Now Available!

Hi DIYers! A few months ago, we blogged about the upcoming encrypted systems from 2GIG. Well the first one is here, as you can now buy the 2GIG GC2e Wireless Encrypted Security System from the Alarm Grid website! We are certainly very excited about this new panel, and we're sure you are too. 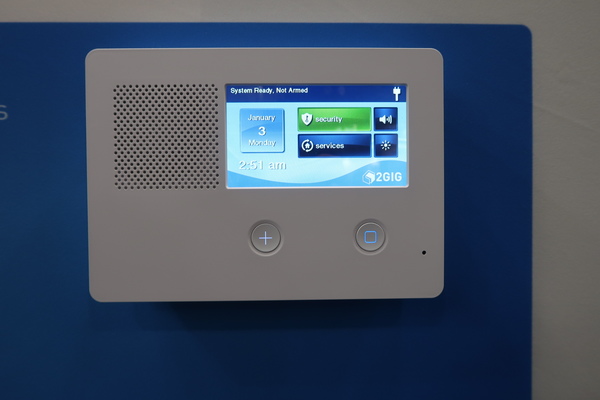 The 2GIG GC2e is essentially an upgraded version of the older 2GIG Go!Control GC2. The original GC2 has served as an effective and reliable alarm system for many years, and users who are just now getting into the market now have a great new option available to them. The GC2e offers a user interface (UI) and overall design that original GC2 users will be familiar and comfortable with. This makes it super easy to transition over to the new GC2e System for your home or business.

With a GC2e System and encrypted sensors, you can put these concerns to rest. Please note that the 2GIG Encrypted Sensors are not yet available for purchase. However, we expect them to be available very soon. In the meantime, you can still use the GC2e System with the existing 2GIG 345 MHz Sensors and the Honeywell 5800 Sensors. The GC2e is backwards compatible to support these devices. Just be aware that the system will only utilize encryption when it is paired with the upcoming encrypted 2GIG Sensors.

But the GC2e offers more upgrades than just support for encrypted sensors. It features an updated design that looks cleaner and more modern than the original GC2 System. Users will also appreciate the larger touchscreen, which now measures 5" across. By retaining the existing UI, existing GC2 users will know exactly what they start using the GC2e. If you ever owned the GC2 System in the past and are now looking to get back into the market, then the GC2e is a great choice.

Anyone who purchases the GC2e will want to make sure they get an Alarm.com Cellular Communicator for the system as well. This will provide the system with fast and reliable connectivity across a cellular network. The GC2e System actually supports the same existing cellular communicators used with the older GC2 System. We strongly recommend choosing an LTE cellular communicator for the system. Cellular service providers have stated that they plan to support their LTE networks well into the very distant future. With an LTE communicator, you can keep your GC2e monitored for many years to come.

We recommend using one of the following cellular communicators with the GC2e:

A cellular communicator is also necessary for getting the system connected with Alarm.com. This is an interactive monitoring and automation platform that you can access from a web browser or remotely using the Alarm.com Mobile App. The service will allow you to arm and disarm your system, check current system status, and control your Z-Wave smart home devices from virtually anywhere in the world. Please be aware that you will also need a Gold or Platinum Level Plan from Alarm Grid to access ADC. More information can be found here.

As far as some basic specifications go, the system offers support for up to 60 wireless zones, a single hardwired zone, eight (8) remote control keyfobs, a total of four (4) keypads (2GIG TS1 and/or 2GIG PAD1-345), a wired siren output, and up to 64 user codes. The system is powered using a 1.7A 14VDC transformer that comes included. No wiring is included to connect the transformer to the panel. But you can get a Honeywell LT-Cable for this task. The system receives firmware updates over-the-air (OTA) from Alarm.com, or you can apply updates locally using a compatible updater tool.

We also know that many customers are eagerly awaiting the release of the 2GIG GC3e as well. This will be the successor to the current 2GIG GC3, and it will also provide support for the upcoming encrypted sensor lineup. Unfortunately, the 2GIG GC3e is not yet available for purchase. But we believe that it will be arriving before the end of summer. So please keep checking out blog for further updates.

If you have any questions about the 2GIG GC2e, you can send an email to support@alarmgrid.com. We will check your email at our earliest convenience and reply back as soon as possible. We look forward to hearing from you and answering all your questions about this exciting new system!