The ever-evolving WIFI industry can sometimes present challenges to alarm equipment. The steps manufacturers take to protect privacy, and streamline connections, can sometimes interfere with an alarm system's ability to get connected. Here, we'll discuss ways to keep your WIFI system online.

Resideo and Honeywell Home have not embraced the 5 GHz WIFI band as some of the other alarm manufacturers have. Both 2GIG and Qolsys have panels that can connect to either 2.4 GHz or 5 GHz WIFI. While 5 GHz WIFI offers slightly greater speed, it also offers a shorter range. Its main advantage is that it offers more channels and less congestion than its 2.4 GHz counterpart. The 2.4 GHz band is slightly slower, mostly because it's more crowded, but with a greater range and better solid object penetration.

Many customers may be afraid to purchase Resideo or Honeywell Home equipment because they believe that soon WIFI routers may stop supporting the 2.4 GHz frequency. However, most IoT (Internet of Things) devices that use WIFI currently only support the 2.4 GHz band, so you can expect network equipment manufacturers to continue producing equipment that supports 2.4 GHz for some time. Also, many older devices, such as older smartphones or tablets, don't support 5 GHz WIFI.

Users with dual-band routers that support both 2.4 GHz and 5 GHz WIFI, and who also have Resideo or Honeywell Home WIFI products, may have experienced issues with their security device losing its WIFI connection. If that is the case, disabling a feature in the router called Band Steering may help the system to stay connected. Routers that support dual-band WIFI often use Band Steering in an effort to make switching from one band to the other seamless.

In theory, with Band Steering enabled, and the SSID, Password, and encryption settings for both 2.4 GHz and 5 GHz bands set to the exact same parameters, any device capable of using both bands can switch between them on the fly as the device moves through the location. Consider using a tablet or a smartphone as you walk through your home. When you're close to the router, 5GHz is likely the best band for the device to use. But as you walk away from the router, the 2.4 GHz band may become a better option. Band Steering will take care of switching from one to the other with no further input from the user and without the user even knowing that the switch has occurred.

If Band Steering worked as well in practice as it does in theory this would be an excellent solution. However, for some routers that support this feature, in certain cases, if a client WIFI device can only support 2.4 GHz, and the router supports both bands with both having matching SSIDs and Passwords and Band Steering is enabled, often the client device can't connect to the network because it is blocked by the router.

The router does this because it believes the client device is capable of connecting using the 5 GHz band, and in most cases, the router is trying to steer as many devices as it can to 5GHz. By disabling Band Steering, the Resideo or Honeywell Home WIFI capable panel will be able to see and connect to the 2.4 GHz network. In fact, it's the only network that it will be able to see. All other devices that support both bands will still be able to connect to whichever SSID the user chooses.

You can disable Band Steering on your dual-band router without having to change either SSID or password. The drawback to doing this is that you won't immediately be able to tell which WIFI band a device that supports both the 2.4 GHz and 5 GHz bands is connected to. If you need to be able to determine this, then you will want to disable Band Steering and then change the SSID and Password for one or the other WIFI Band so that you can easily determine which WIFI band a device is using. This will assist you, particularly on mobile devices, where you may need to manually switch between bands to achieve the best WIFI outcome. 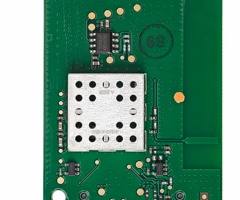