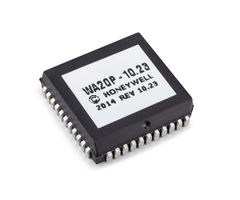 Before we discuss the issue itself, we will first cover some terminology to ensure that everyone is on the same page. Many Honeywell VISTA Alarm Panels come in both SIA and non-SIA variants. For example, there is the Honeywell VISTA-20PSIA and the Honeywell VISTA-20P, the Honeywell VISTA-15PSIA and the Honeywell VISTA-15P, etc. When you see SIA in the panel's name, that indicates that the alarm panel has been configured to meet various guidelines outlined by the Security Industry Association (SIA) for false alarm prevention. For all intents and purposes, SIA-Compliant VISTA Panels are basically the exact same as non-SIA VISTA Panels, except that the SIA-approved panels have various programming restrictions put into place to prevent false alarms. For example, an SIA-compliant VISTA Panel will not allow you to disable Entry and Exit Delay periods, and they will require you to set a minimum Dialer Delay for the system. There are various other restrictions that we won't cover in this post. Just know that an SIA-compliant system will have various restrictions in programming for the purpose of preventing false alarms.

Meanwhile, the PROM Chip installed on a Honeywell VISTA System sets its firmware. You can easily locate the PROM Chip on your VISTA System's green circuit board. Just look for the small black square chip with the white sticker on it. The white sticker includes version information so the user can identify the type of VISTA System they are using and its current firmware. Users remove older PROM Chips and replace them with newer ones as a means of upgrading their VISTA Systems to support new features. Alarm Grid sells 15P PROM Chips, 20P PROM Chips, and 21iP PROM Chips for Honeywell VISTA Systems. We typically advise replacing a 15P or 20P PROM Chip with less than Firmware Version 9.12, as that is the minimum version needed to support Total Connect 2.0. Likewise, the minimum PROM Chip needed on a VISTA-21iP for Total Connect 2.0 is 3.13. For more information on replacing PROM Chips, please see this helpful FAQ.

You can determine whether your VISTA System is an SIA Panel PCB or a non-SIA Panel PCB by checking a sticker on the panel's terminal block. This is a small barcode sticker at the bottom of the terminal block, below the phone line terminals. Check for one of the following messages:

Long story short, if you are using a Honeywell VISTA-20P, VISTA-20PSIA, VISTA-15P, or VISTA-15PSIA and you wish to PROM upgrade it to System Firmware Version 9.17 or higher, then make absolutely sure to use a PROM Chip specifically designed for that particular board. Do not attempt to use an SIA-equivalent on a non-SIA board, or a non-SIA Chip on an SIA-Compliant VISTA board. Mixing an SIA Chip on a non-SIA board (or vice-versa) for 15P or 20P Systems (or SIA equivalents) when upgrading to Firmware Version 9.17 or higher can result in ECP devices not working properly. As long as you use a proper PROM Chip for your system, then no issues should arise. If you are ordering a PROM upgrade chip from Alarm Grid then place your order and be sure to specify which version you need by sending us an email using the email address listed below. If you purchase either the Honeywell LTEIA-TC2 or LTEIV-TC2 or any of our other upgrade kits for VISTA panels, then you will receive all four of the available upgrade chips. Just be sure to select the correct chip for your VISTA PCB.

If you have any further questions about Honeywell VISTA Systems and their PROM Chips, or if you want to learn more about alarm monitoring service for your Honeywell VISTA System, please send an email to support@alarmgrid.com. We're here to answer any questions or concerns you might have. Our hours for responding to emails run from 9am to 8pm ET M-F. We look forward to hearing from you! 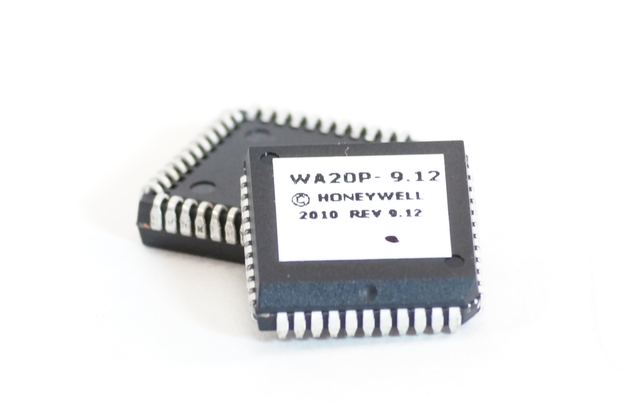 Just a little while back, we wrote about how Honeywell had introduced the new Honeywell 6162 and 6152 keypads. These new wired keypads have some awesome new features that make programming a little less confusing, and a little more "GUI" (graphical user interface) based. Honeywell is calling the new programming interface VIP and it is only available to users with VIP compatible keypads if their alarm system has the newest 9.18 PROM chips on their Vista 20P and VISTA 15P circuit boards. Honeywell is shipping the new V20P/V15P panels that have the 9.18 chips already installed for those that are purchasing new systems. However, if you are interested in upgrading an existing system to support the VIP programming, you don't need to purchase an entire new system. We offer a standalone VISTA-20P PROM chip and a standalone VISTA-15P PROM chip that you can use to to upgrade the panel without needing to reprogram any settings. Until this week, we were distributing the older 9.12 prom chips that supported Total Connect 2.0 as Honeywell had not released the standalone 9.18 chips. We are happy to announce that as of this week, we do have the new 9.18 PROMs.

While having an updated, state-of-the-art panel is what everyone wants, getting the 9.18 PROM chip is not necessary for everyone. First, check the revision of your system. Then, here are a few things to consider before you jump in and get the new chip set:

What is different about the new revision?

Will the old communicators work with the new revision?

Honeywell hasn't made any changes to their communicators. So the 15P and 20P communicators that worked for 9.12 panels will continue to work for 9.18 revision panels: GSMV4G, GSMX4G, 7847i, and iGSMV4G

Upgrade your VISTA 15P or 20P with a PROM chip

Are you stuck with an old VISTA 15P or VISTA 20P panel, but you want Total Connect? While the bad news is that if your PROM chip (that little microchip in the center of your control panel's circuit board) is lower than version 9.12, you can't use Total Connect 2.0, the good news is, you can upgrade your VISTA panel pretty easily.

To date, the only way to upgrade the panels would have been to purchase the iGSMV-TC2, the GSMV4G-TC2 or the GSMX4G-TC2. These AlarmNet cellular alarm communicator upgrade kits include a little PROM chip version 9.12 that can replace your existing chip. The problem is that not every systems is monitored using a cellular communicator. And while cellular communicators definitely provide a security panel with the most secure communication pathway between the panel and the central station, if you wanted to add an IP communicator and upgrade to Total Connect 2.0, you've been out of luck. You'd have to buy the IP communicator and replaced your entire control panel. Of course, that means mapping over all of your wiring and reprogramming your whole system.

So we're very excited to announce that we've broken out the PROM chips, and you can now buy them separately from any of the GSM communicators. The new VISTA 15P PROM chip and the VISTA 20P PROM chip are simple to install, and will bring your older VISTA system up to date with AlarmNet's award winning interactive service, Total Connect 2.0.