The 2GIG GC3e is one of the more interesting security system options for the 2019 holiday season. The system was just released earlier this year, and it comes from a strong manufacturer in 2GIG and Nortek. This buying guide will help whether you are considering the system or expanding upon one.

At first glance, the 2GIG GC3e is kind of an odd system to choose when considering the other options out there. It doesn't have the option for IP only monitoring like the Lyric, as Alarm.com requires you to activate a cellular communicator. It also doesn't offer as many features as the Qolsys IQ Panel 2 Plus, and it isn't as easy to program. Also unlike the IQ2+, the GC3e needs you to add a separate cellular communicator module. That's something else you will need to consider when buying this system. But beyond all of these downsides, the 2GIG GC3e really is one of the best panels on the market today. It has some great features, and its build-quality is second to none.

If you aren't already aware, the 2GIG GC3e is a wireless all-in-one system from 2GIG, which is owned by Nortek. The system offers support for up to 100 wireless zones, four (4) "Smart Area" partitions, integrated WIFI, built-in Z-Wave Plus, encrypted wireless sensor support, one-touch arming, capacitive touch buttons, and more. It is the successor to the successful 2GIG GC3 System, which has been used by countless homes and businesses alike. If you are familiar with 2GIG programming, or you don't need all of the flashy features of the Qolsys IQ Panel 2 Plus, then the 2GIG GC3e might be the system for you.

Building a 2GIG GC3e from Scratch 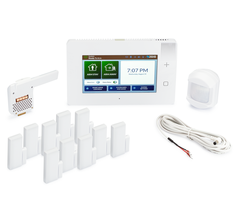 As we mentioned earlier, you will need an added cellular communicator if you intend on using a 2GIG GC3e System for alarm monitoring service. You have two main choices, which are the 2GIG LTEA-A-GC3 (AT&T LTE) and the 2GIG LTEV1-A-GC3 (Verizon LTE). It is recommended that you just go with whichever service works better in your area, regardless of what you use for a personal smartphone. Choosing one over the other will not save you any money in monitoring expenses, as the cellular service charges are covered by your alarm company as part of your monitoring plan. If you decide to get monitoring service with Alarm Grid, then you will want a Gold or Platinum Level Plan (Self or Full) or a Cellular-Only Plan. By choosing a Gold or Platinum Plan, you will be able to control your GC3e System remotely using the ultra-convenient Alarm.com platform app on your phone!

In total, we have four (4) 2GIG GC3e Kits available. They are listed here: 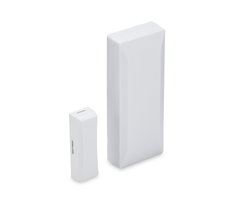 There are two (2) main categories of wireless sensors that you can use with a 2GIG GC3e System. These are non-encrypted 345 MHz sensors, and encrypted 2GIG Sensors. Both types work great with the system, and you can certainly mix the two! The encrypted sensors are good for preventing any wireless hacking or takeover attempts by savvy intruders. But the non-encrypted 345 MHz sensors have more options available, as the encrypted lineup was only released earlier this year.

The 2GIG eSeries Encrypted Wireless Sensors are good for preventing wireless attacks that could cause non-encrypted sensors to not work properly. These brand-new sensors are designed exclusively for use with the 2GIG GC3e and its little brother, the 2GIG GC2e. The lineup is very small at this time, as we only have five (5) sensors available on our website. But the good news is that we hope to have several new sensors from this lineup available soon!

Here are the 2GIG eSeries Sensors that are available from Alarm Grid at the time of this writing:

Of course, you will need to supplement these devices with 345 MHz sensors if you really want to broaden the capabilities of your 2GIG GC3e System. You can use both 2GIG 345 MHz Sensors and Honeywell 5800 Series Sensors, as well as various third-party 345 MHz sensors. For our discussion, we will focus on the 2GIG 345 MHz Sensors, but don't be afraid to look to the Honeywell 5800 Series for some extra devices!

The 2GIG 345 MHz lineup is quite robust, and it really has everything you need. What's great is that the lineup includes some rather unique sensors that you probably won't find elsewhere. We won't list every 2GIG 345 MHz Sensor here, but we will cover some of the more notable and the more interesting ones. Check them out: 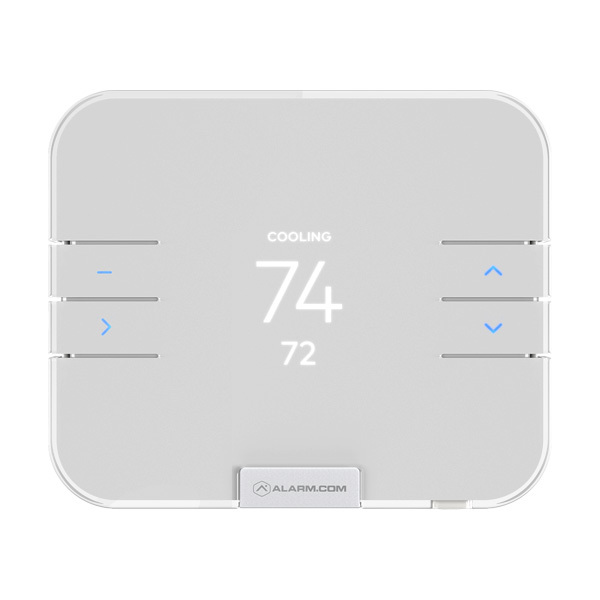 As we mentioned earlier, the 2GIG GC3e has a built-in Z-Wave Plus controller for you to start adding Z-Wave devices. We recommend using certified Z-Wave Plus devices for optimal range and battery life, but you can use classic Z-Wave devices as well. By activating your GC3e System with Alarm.com you can control these devices from pretty much anywhere using your phone. You can also create smart scenes through Alarm.com to have your Z-Wave devices activate automatically based on a schedule or with predetermined system events.

There really are many Z-Wave devices to choose from, but here are just some of our favorites:

If you decide to sign up for a monitoring plan that includes video surveillance, such as an Alarm Grid Platinum Plan (Self or Full), then you will want to get some Alarm.com Security Cameras as well. Alarm.com has some great cameras to choose from, which gives your some nice options. Remember that you can view your cameras remotely using the Alarm.com Mobile App on your Android or iOS device. This is awesome if you want to take a look at what is going on in or around your home while you are away.

We won't list every Alarm.com Camera here, but we have three really good ones that you should make sure to check out: 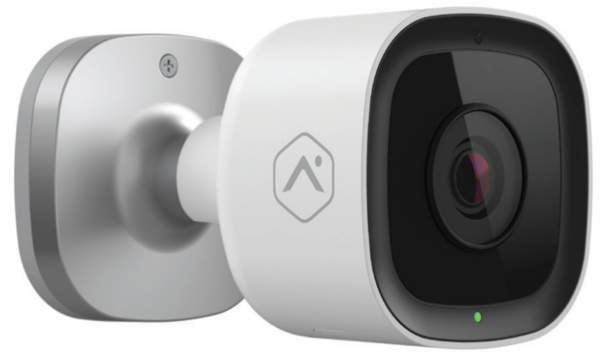 And there are certainly some extra accessories you can get for your 2GIG GC3e. If you are looking for a keypad, then we recommend the 2GIG SP1-GC3. This is a full-color touchscreen keypad that offers some great features like the ability to bypass zones, voice annunciation, home automation control, a 5-day weather forecast, and more. If you only need a basic secondary keypad, then you might also consider the 2GIG PAD1-345 Push-Button Keypad. Although this keypad is extremely simple, it is perfect if you just want to setup another spot in your business for arming and disarming. 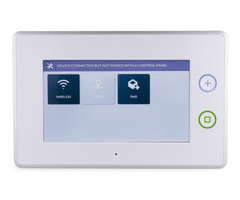 Finally, there is a great desk mount for the 2GIG GC3e called the 2GIG CP-DESK. This is actually the same desk mount used with the other 2GIG Security Systems. It will keep the GC3e Panel nice and sturdy if you decide to not mount it to a wall. A desk mount like this is perfect if you want to avoid drilling holes in the wall and hard-mounting the panel. This is also ideal if you know that you may be moving sometime in the future, and you want to bring the system with you on your move! 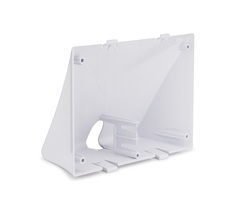 We hope this buying guide helps you whether you are considering a new 2GIG GC3e, or expanding upon an existing panel. As always, you can email us with any questions at support@alarmgrid.com. We also invite you to call us at (888) 818-7728 to learn more about any of our products or our alarm monitoring services. Remember that our support hours run from 9am to 8pm ET M-F. We look forward to helping you!