UPDATE: The information presented below is outdated. The L5200 can now be updated using the LYNXTOUCH-MSD Firmware Updater Tool. Please read this blog for more information. 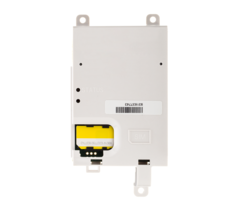 The Honeywell 3GL was a cellular communicator that connected with the AT&T 3G Network. It was previously sold as the Honeywell 4GL. But Honeywell smartly changed the name, as it misled many people into believing it was a 4G communicator. The 3GL was compatible with the L5200, L5210 and L7000 Alarm Systems.


With the discontinuation of this module, the Honeywell L5200 now has no available cellular communicator option. Users of the L5200 who want to receive cellular monitoring should strongly consider upgrading to a newer system, such as a Honeywell Lyric Controller. This is Honeywell's newest wireless security system, and it has multiple cellular options available.

Please note that this news does not affect L5200 Systems that are already using an active 3GL Communicator. Any communicator that has already been activated will continue to function as normal. Additionally, if a user is able to find an existing 3GL or GSMVLP5-4G from somewhere else, then we can still activate it for cellular monitoring service with their L5200 System.

One alternative option for L5200 users without a cellular communicator is to go the WIFI-route instead. The system will support the L5100-WIFI module, which will allow the system to connect with a local WIFI network. Although WIFI is not as reliable as cellular service, it can be a good option if a user simply does not want to upgrade their panel. This is also a great option for Honeywell L5100 users, as that system also has no cellular radio in current production.

Finally, the ILP5 is still available for purchase, and it provides hardwired ethernet capabilities for any LYNX Touch Panel. But please note that a LYNX Touch cannot support both the ILP5 and a cellular communicator since they use the same port. Once a Honeywell LYNX Touch System is using IP or cellular communication, it will be capable of being used with the Total Connect 2.0 service.

The following table outlines all of the communicators available for the Honeywell LYNX Touch Systems and their compatibilities with each of these panels:

If you have any question about this news, please do not hesitate to reach out to us for further assistance. You may email us at support@alarmgrid.com, or you may call us at 888-818-7728 from 9am to 8pm EST M-F. We look forward to hearing from you.

AT&T has been announcing a deprecation of the 2G radios for a number of years. At midnight January 1, 2017, the network was turned off.

If you're one of the many Americans who has a 2G alarm system, and you've been caught flatfooted for one reason or another, Alarm Grid is here to help. For those who upgrade their 2G radio programmed to a different company's service to a new radio, Alarm Grid will provide 2 months of free monitoring.

If you have a bf error showing on your panel or a Check 103 error, we have some great FAQs explaining what you need to do to fix the error. Additionally, below, you will find a guide explaining how to go about fixing the problems. Generally you will need to replace your radio - a move that is dependent on the type of system you have. The following alert is on our FAQs pertaining to this issue, and will walk you through what you need to do to upgrade.

If you're getting a new bF error today, it's likely because you have an old 2G communicator and will need to replace it.

AT&T has finally sunset their 2G network. It no longer works as of January 1st. While Alarm Grid offers free phone support for any customer that is monitored by us, for everyone else, there is the FAQs on the site.

While the Honeywell L5000 and L5100 are very different security systems, they look almost identical. Luckily, Honeywell left a few distinguishing marks that makes it very simple to be able to tell the difference.

The fastest way to identify the two systems is by simply looking at the buttons below the screen. If they have words written on them, then you have an L5000. If they are only icons, then you have something newer. It's also worth noting that the area surrounding the screen is going to be tan on a Honeywell L5000. This is the same color that can be found on early revisions of the l5100. But if you see a tan colored area surrounding the screen, you can be certain that the panel is either an L5000 or an L5100.

While the L5000 is crippled in some ways, the L5100 was not flash upgradeable (not like the new panels) which means that when Honeywell would update the system with new functionality, the newer versions would be able to do things that the older ones could not. For example, a later revision L5100 was able to open a garage door opening while the older was not. As a result of the non-upgradeability of the panel left many users in the lurch as they were not able to access many of the functions they were hoping would be added to the L5100.

If you are concerned about which L5100 panel you have the identification is very easy.

If you can be certain that you do not have an L5000, knowing which approximate revision you have of the L5100 is as easy as looking at that plate I mentioned earlier. If the area surrounding the screen is tan, then you have an early L5100. If it is as white as the driven snow and there are 4 buttons below the screen (4... because 2 buttons signifies a different system), then you have a newer L5100 and it can be used to open and close your garage door.

The L5200 is the newest arrival in the Honeywell line. Having been just released, this security system is the most state-of-the-art ever created.

While an L5100 has four buttons right below the screen, the L5200 features only two small rubber buttons. The rest of the features have been integrated into the touchscreen. The chances of the system you're trying to identify being an L5200 are pretty slim since it just came out. That said, it's worth having a look at. The L5200 will be the same size as the L5100, and it's hardware performs much of the same functions.

All of that said, the l5200 is not the only new system with two buttons. If your system has two buttons, you may also have the L7000, which isn't very much different from the L5200 in its functionality, but it is the bigger and better of the two panels.

Again, the fastest way to identify these units is by their buttons. If the Honeywell security system sitting on your wall has only two buttons, these are the only two systems they could be. If the buttons are made of rubber, and the system looks just like the L5100, then it is most likely an L5200. If the screen is much bigger, and the buttons are made of plastic, then the system is an L7000.

Honeywell L7000: A Quick & Dirty Introduction to the Unreleased Panel

The big advantage of these panels over the older ones is their customizability. For example, a user can now edit the chimes that sound when a door is opened.

Moreover a user can easily upgrade the panel to the newest revision. 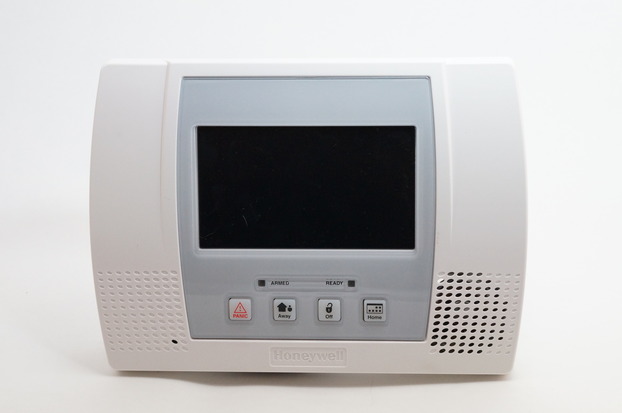 Honeywell's L5000 security panel was in its day the most state of the art wireless security system on the market. We have been proud to offer it  along with its various parts throughout its life cycle, and are glad to be putting it to rest. The L5000 was an incredible piece of equipment, allowing users some of the simplest programming options available, and Honeywell's now-familiar and simple to use "Advanced User Interface" (AUI). This was one of the company's first touch-screen panels, and its legacy is seen in the modern design of Honeywell's current line of consumer AUI panels.

It's close cousin, the LYNX Touch 5100, is everything that it was and more. The L5100 can do home automation with the simple addition of a Z-WAVE module, which is something the L5000 was never capable of. This huge improvement makes the L5100 a wonderfully versatile panel that makes your security system more powerful than a security system has ever been. So while we thank the L5000 for paving the way to the newest line of Honeywell consumer-facing security products, we understand Honeywell's decision to retire the much-loved panel.

In the meantime, feel free to pay your respects to the wonderful work of the L5000, but know that the old panel is moving on to greener pastures.