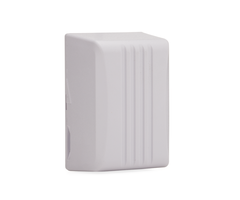 After much anticipation, the DSC PG9WLSHW8 PowerG Wired to Wireless Converter is finally available! End users now how a reliable option for taking existing hardwired security and life-safety sensors and interfacing them with a security system that supports PowerG Wireless Sensors. 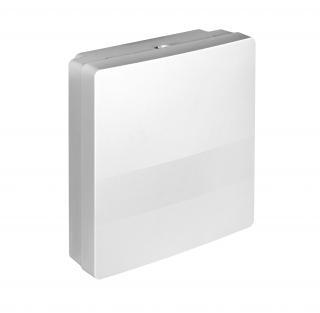 How the DSC PG9WLSHW8 differs from prior wired to wireless converters is that it transmits wireless signals across the PowerG wireless protocol. PowerG uses Frequency Hopping Spread Spectrum (FHSS) technology to prevent RF jamming, with the communication signals constantly switching between frequencies from 912 MHz to 918 MHz. In addition to using FHSS technology, PowerG Sensors also take advantage of military grade 128-bit AES encryption for enhanced wireless security. This makes these sensors some of the most secure wireless devices in the industry. Any hardwired sensor connected with the DSC PG9WLSHW8 will utilize this same level of security and protection.

But PowerG Sensors offer more than just top-grade security. They also offer incredible wireless range. Depending on the system being used, a PowerG Sensor is able to communicate from up to two (2) kilometers (km) away in an open air environment. This capability also applies to the DSC PG9WLSHW8. With perfect, direct line-of-sight, you can have the converter module up to 2km away from certain compatible panels and expect the signals to go through reliably. That is perfect for large buildings, including hospitals, warehouses, schools, and more. You would be very hard-pressed to find another wireless sensor lineup with the same communication range capabilities as PowerG.

There are all sorts of possible applications for the DSC PG9WLSHW8 Wired to Wireless Converter. Arguably the most popular use will be for bringing over hardwired sensors for use with a Qolsys IQ Panel 2 Plus Security System. All versions of the Qolsys IQ Panel 2 Plus can support PowerG Sensors. And correspondingly, these panels can all support the DSC PG9WLSHW8. Just be aware that the IQ2+ has a smaller antenna than the other PowerG Security Systems, so its wireless range is limited to roughly 2,000 feet in open air. Other compatible systems for the DSC PG9WLSHW8 include the DSC Iotega and the DSC PowerSeires NEO with an added PowerG Wireless Transceiver.

But there is so much else about the DSC PG9WLSHW8 that makes it such an exciting piece of equipment! Namely, the unit has four (4) programmable outputs (PGMs) for connecting relay-triggered devices. The second programmable output (PGM2) is particularly notable, as you can connect up to (18) 2-wire smoke detector units at this location. Alternatively, you can also use 4-wire smoke detectors and wired CO detectors are regular zone inputs for the unit. The PGMs are also useful for connecting wired sirens, as the unit provides a supervised bell output of 12V @ 700mA. And installers will really appreciate the fact that the module allows for end-of-line resistor (EOLR) value learning from 1k to 10k ohm resistors. Both single-end-of-line (SEOL) and double-end-of-line (DEOL) resistor wiring is supported.

One final and very important note about the DSC PG9WLSHW8 is that stock for the item is currently severely limited due to the ongoing pandemic. It's possible that if you order the PG9WLSHW8, you might be put on a waiting list for the item, as our manufacturers try and keep up with constant demand for products. If you do end up buying the DSC PG9WLSHW8 while it is back-ordered (BO), then our team will contact you at our earliest convenience to let you know about the situation. If you do decide to cancel the order due to it being back-ordered, then your debit or credit card will be refunded for the entire cost of the order.

If you have any questions about the DSC PG9WLSHW8 or about alarm monitoring in general, then please reach out to us! The best way to contact us is by emailing support@alarmgrid.com. This is also a great email to use if you want to find out if the DSC PG9WLSHW8 or any other product sold by Alarm Grid is currently in-stock or back-ordered. Our team checks email from 9am to 8pm ET M-F. We look forward to hearing from you!