It's Monday again, and it's time for another Alarm Grid video recap! We have six (6) new videos for you. Five (5) feature the DSC PowerSeries NEO, while the last one covers the Honeywell LTE-IA and LTE-IV Communicators for VISTA Systems. All videos feature yours truly. Let's check them out!

I show you how to add a DSC HS2TCHP Touchscreen Keypad to a DSC PowerSeries NEO Security System. Adding a touchscreen keypad like the DSC HS2TCHP to a system can be more inviting and easier for end users to understand than a traditional numeric keypad. The DSC HS2TCHP connects with the same on-board panel terminals as any other keypad for the system. Remember to power down your NEO Panel completely before adding a keypad or making any other hardware changes.

I show you how to add a wired sensor to a DSC PowerSeries NEO Security System. As a hardwired alarm panel, the DSC PowerSeries NEO can used wired sensors with no extra add-ons being required. All wired zones on the NEO will use end of line 5.6k ohm resistors, which are color coded green-blue-red-gold. This includes wired zones that are not actively being used with the system. New wired sensors will be connected with the panel, and the appropriate Zone Definition will be set at the corresponding zone.

I show you how to add a PowerG Sensor to a DSC PowerSeries NEO Security System. This will require that a PowerG Transceiver is added to the system, such as a DSC HS2LCDRF9 N Keypad or a DSC HSMHOST9 Standalone Transceiver. PowerG Sensors are widely seen as some of the best wireless sensors in the security industry. This is because these sensors offer a wireless signal range of up to 2km in an open air environment, and they utilize military grade 128-bit AES encryption for exceptional security.

I show you how to delete a zone from a DSC PowerSeries NEO. This process differs depending on whether the zone is wireless or hardwired. For a wireless zone, you are clearing the sensor from the system so that it is no longer recognized. For a wired zone, you are merely changing the Zone Definition for the associated wired zone to [000] for Null Zone. Deleting a zone from a DSC PowerSeries NEO will open up the zone so that it can be used with a different sensor. 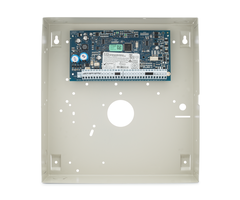