A great way to build out your Honeywell Lyric is with Honeywell 5800 Sensors. These are simple, 345 MHz wireless sensors that you can easily enroll with the system for security, life-safety, and environmental monitoring. They are perfect for expanding your system and making it more robust.

When you want to pair a Honeywell 5800 Sensor with the Lyric, the process is very straightforward. Put the Lyric in its auto-enrollment mode by choosing Security > Tools > enter Installer Code (default 4112) > Program > Zones > Add New > Serial Number. Make sure the RF Type on the right-hand side is set to 5800. Then activate the sensor either by faulting it or triggering its cover tamper switch. The Lyric should beep to confirm that it received a signal transmission. Then activate the sensor a second time to have the Lyric display the Serial Number. The third activation will confirm the Serial Number and return you to the screen where you can configure the zone settings. 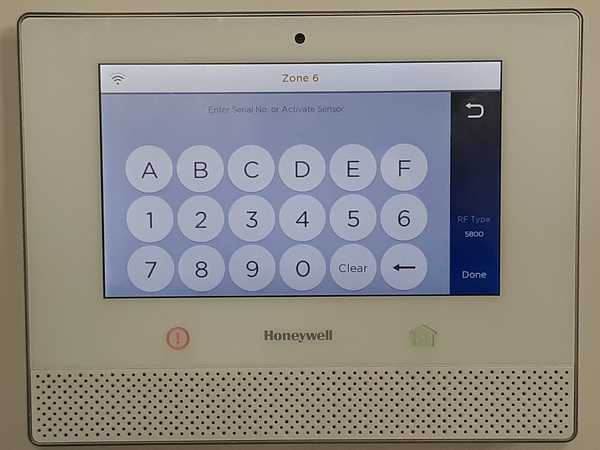 The two (2) Zone Descriptors and the Device Type serve as the name for the sensor. You should choose a name that will help you identify the sensor, e.g. "Front Bedroom Motion Sensor", "South Hallway Door", etc. The Response Type determines how the system responds when the sensor is faulted. See our list of Lyric Response Types for more info.

Alarm Report should be set to Yes if you want the system to report out through AlarmNet to a Central Station if the zone causes an alarm on the system. That is an essential component of alarm monitoring services. Chime is optional, and it has the panel emit any one of several available sounds when the zone is faulted. Supervision tells the panel to look for an RF check-in signal from the sensor periodically to ensure that it is online. Click Save in the bottom-right after you finish adjusting the settings. 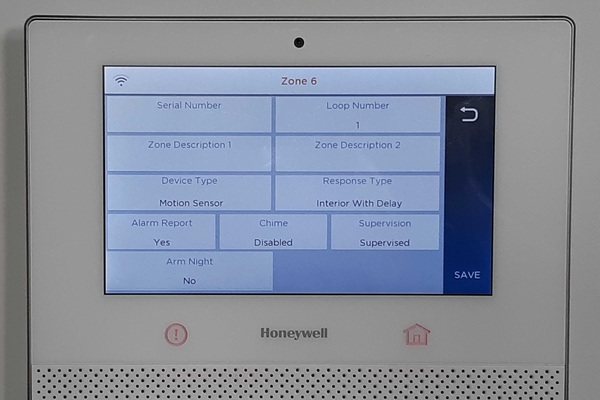 The Importance of System Smoke Detectors

With a standalone smoke detector, the device is nothing more than a local noise-making device for alerting on-site building occupants to the presence of a fire. However, a system smoke detector will provide a greater level of functionality. In addition to providing an audible alert of a fire, a system smoke will also cause a fire alarm on the system with which it is programmed.

Both system and standalone smoke detectors can include a feature known as "one-go, all-go". This feature means that the smoke detectors are interconnected, and if one smoke in the network activates, the others will activate as well. The one-go, all go function can be very important for ensuring that the entire building is alerted to a fire. Traditionally, this feature was only available for hardwired smokes. But in more recent years, wireless smoke detectors, like the Honeywell SiXSMOKE, have adopted this feature as well.

As a company that deals with alarm systems and monitoring, Alarm Grid specializes in system smoke detectors. We believe that it is very important that people use system smoke detectors over standalone smokes. If a fire occurs when there is nobody in the building, only a system smoke can alert those who aren't on the premises. This is very important for ensuring that the situation is under control and that the fire does not spread to surrounding areas. And for customers who are connected with a central station, system smokes will allow them to receive automatic emergency fire dispatch in the event of a fire.

Remember, while standalone smoke detectors can be very useful for alerting building occupants, only a system smoke detector can request emergency help when nobody is on-site. Alarm Grid offers a great selection of system smoke and heat detectors that are designed for use with alarm systems. Protect your home or business, and get one today!